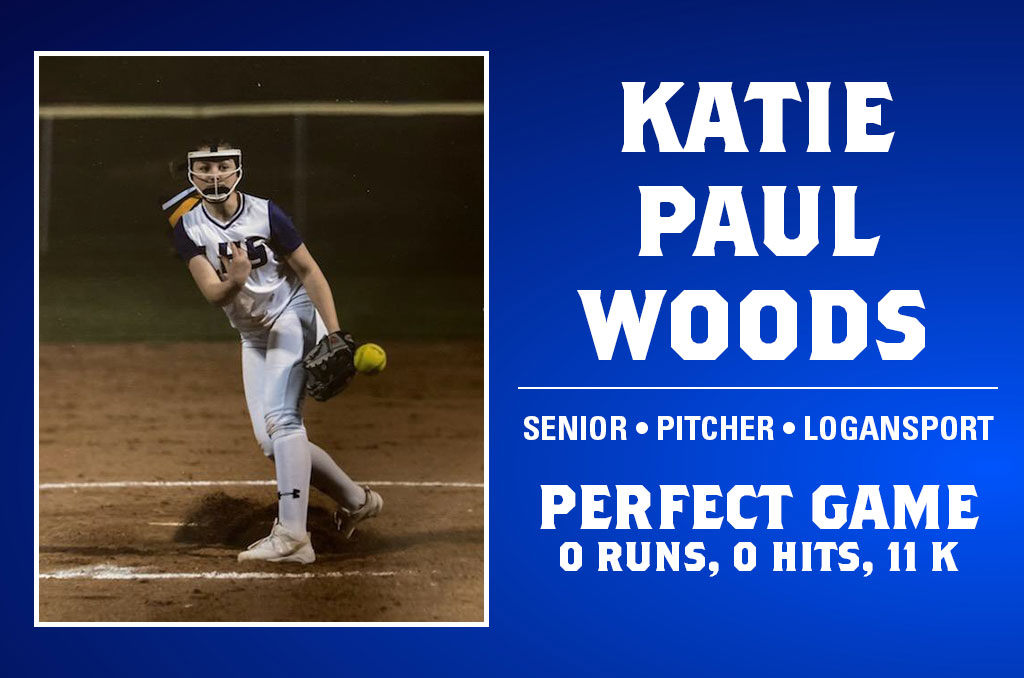 LOGANSPORT – Katie Paul Woods’ performance inside the softball was nothing short of perfect Tuesday night.

The Logansport High School senior pitcher tossed a five-inning, perfect game against Block allowing zero runs on zero hits, striking out 11 and walking zero to help her squad to a 10-0 victory.

Woods threw 58 pitches in the game, 46 of which were strikes, for a 79% strike percentage. She improved her record to 3-2 on the year in the district victory against the Lady Bears of Block.

Her pitching was backed up by a hot-hitting Lady Tiger offense that scored 10 runs off of seven hits.

Six of the runs were scored in the first inning alone highlighted by a two-run double from Landry Atkins, who went 2-for-3 in the game with two RBIs.