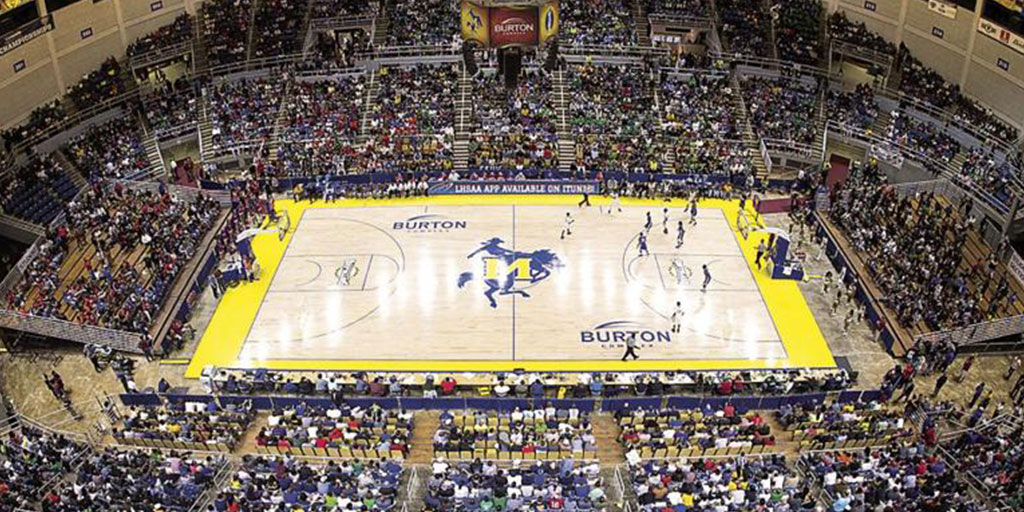 In Division I, St. Augustine advanced to its third consecutive state title game after coming back from an 11-point halftime deficit to defeat St. Paul’s, 75-72, in overtime. Freshman Hubert Caliste booted St. Augustine into the finals following a three-point shot with under five seconds remaining in overtime.

The Purple Knights will face off against No. 1 seed Scotlandville who took down Jesuit later in the afternoon. The Hornets are making a remarkable 12th consecutive trip to the state finals. This will be the third consecutive Division I state title game played between St. Augustine and Scotlandville.

Division III will pit No. 1 Newman against the second-seeded Dunham Tigers.

Newman punched its first ticket to the championship finals for the first time since 1993 after taking a 54-45 victory over Holy Savior Menard in the Division III semi-finals.

In Class 1A, Arcadia dethroned two-time defending champion North Central, 46-38, in the Class 1A semi-finals. The Hornets will make their first state title appearance since 2016 when they take on No. 3 White Castle.

White Castle defeated Northwood-Lena, 86-70, to advance into its first state title game since 2018.

Class B will feature No. 1 Anacoco battling No. 2 Simsboro for the state championship.

Simsboro is back in the state championship picture for the fourth consecutive season after taking down Hathaway, 67-61.

Wednesday’s schedule includes semi-final games for Class 2A & 5A played at Burton Coliseum in Lake Charles while Class 4A and Division II will be held at the Cajundome in Lafayette.