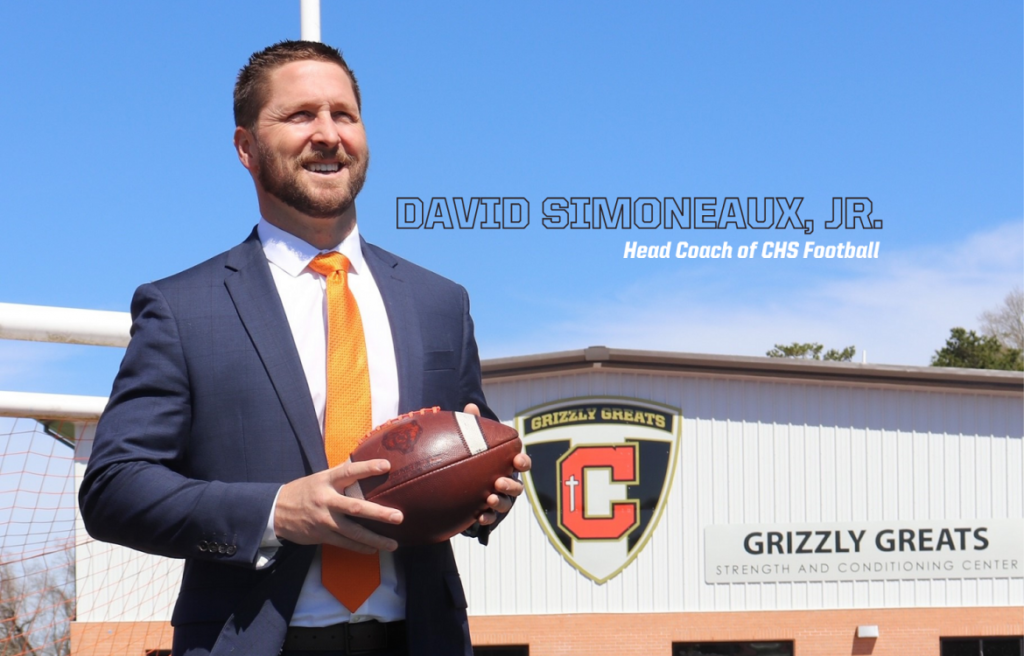 BATON ROUGE – David Simoneaux will step into one of the best coaching roles in Louisiana this fall as he was tabbed to take the reins of the Catholic of Baton Rouge football program.

The former Parkview Baptist standout will lead Catholic High School after spending six seasons at Catholic-Pointe Coupee where he led the Hornets to the 2019 Division IV title game and a 49-21 record. He was named the Class 1A Coach of the Year for his efforts in leading Catholic-PC to its first state championship game since the 1970’s.

“I’m honored and humbled to become a part of this incredible school community,” Simoneaux says. “I’m looking forward to honoring the tradition here and continuing to elevate the legacy of the school’s thriving football program.”

Simoneaux takes over for Gabe Fertitta, who took an assistant coaching job at the University of Louisville.

In recent coaching news from around the state, state championship coach Cyril Crutchfield was named the new head coach at Bogalusa just a few weeks ago, shortly after resigning from Broadmoor. Crutchfield has led several teams to state titles and has coached Super Bowl winning talent such as Leonard Fournette during his career.