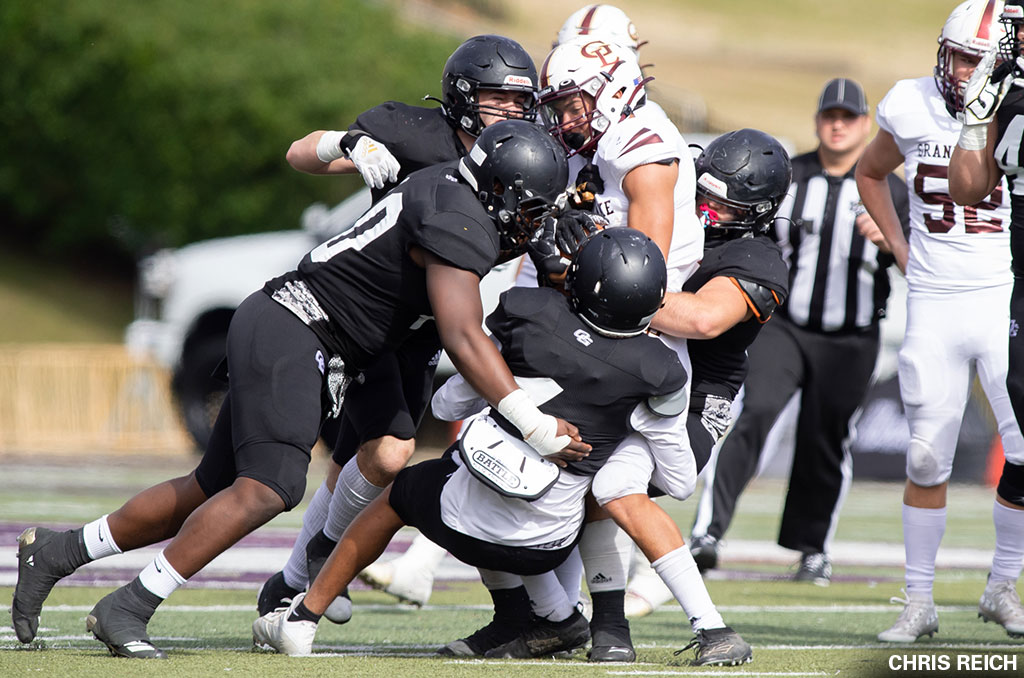 We close out our previews on the defensive side of the ball as we preview some of the top defensive backs to go watch perform on the gridiron this season.

Three-star defensive back Jordan Allen recently committed to play collegiate ball at Penn State and the Nittany Lions are getting one talented athlete. Allen helped Lafayette Christian to its fourth consecutive state title as a junior and is ready to make history in his senior season. Expect Allen to make some major plays against some of the top programs this season.

Lorenzell Dubose has drawn offers from multiple big-time Division I programs including Oklahoma, Arkansas, Ole Miss, Oregon State and Purdue. With a 6-1, 170 pound frame, the three-star back has a nack for finding the ball as it glides through the air and continues to better himself through each offseason. He will have a chance to show off this fall and impress his recruiters.

Oak Grove has been blessed with some great student-athletes throughout its illustrious history. Kam Franklin is just another physical specimen that will is being highly recruited by universities across the nation including LSU, Mississippi State, Oklahoma State and TCU. He grossed 44 tackles and three interceptions as a sophomore and has impressed through his recent summer camp visits. Make plans to attend an Oak Grove game and enjoy watching Franklin make big plays when needed.

Kylin Jackson has the awareness and size to be a great defensive back at the next level and that is why the four-star back is being courted by some of the top programs in the nation. With offers from Texas A&M, Arkansas, Wisconsin and more, the junior Bronco still has two more seasons to make an impression on the recruiting circuit. His ability to find the ball at any spot on the field is valuable alone along and his height is something that will stand out on the highlight tapes.

Jordan Matthews is another four-star defensive back that has almost every top program in the nation foaming at the mouth to get the 4.0 GPA athlete to come and join their program. Matthews has offers from LSU, Georgia, Michigan, Ole Miss, and other big-time schools looking to get this talented player. Look for Matthews to have a key part in helping Woodlawn to a deep playoff run in the fall.

Rayshawn Pleasant missed his junior season in 2020 due to an injury but the Louisiana Tech commit is back and ready to help lead his Rebel squad against a tough schedule in the fall. Pleasant has been known to play various roles for West Monroe including kick returner where he has been known to bring it all the back to the house on multiple occasions.

Curley Reed is another amazing talent that Lake Charles Prep has developed in its short program history. The four-star athlete recorded 39 tackles, broke up three passes and caught an interceptions as a sophomore while helping lead the Trailblazers to a semifinal appearance. Expect this four-star recruit to perform at a higher level in 2021 as he continues to draw offers from programs across the country.

Jhamla Shelby has yet to choose where he’s going to be playing ball at the next level but he won’t have any trouble picking a school. The three-start athlete has received offers from programs such as Florida State and Mississippi State for his performance on the gridiron. His ability to pick out the ball or defender is one that can be fun to watch as he stalks offenses throughout the season.

The LSU commit has a chance to close out his prep career with a third consecutive state title as he hopes to lead Acadiana through a difficult regular-season schedule. The four-star back chose the Tigers earlier this year after having received offers from virtually every Top 25 college football program. A great tackler and the ability to find the ball in open space will make Welch fun to go watch as the Wreckin’ Rams compete against teams such as Catholic-BR and Lafayette Christian in 2021.

Derek Williams can do it all as he helped Westgate in his junior season at the tailback position but his expertise at the defensive back spot is what has caught the attention of the likes of Nick Saban at Alabama. The four-star back has great instincts and his footwork helps him get to the ball no matter where he is on the field. Williams hopes to advance even further this fall after helping lead the Tigers to a second-round appearance last year.