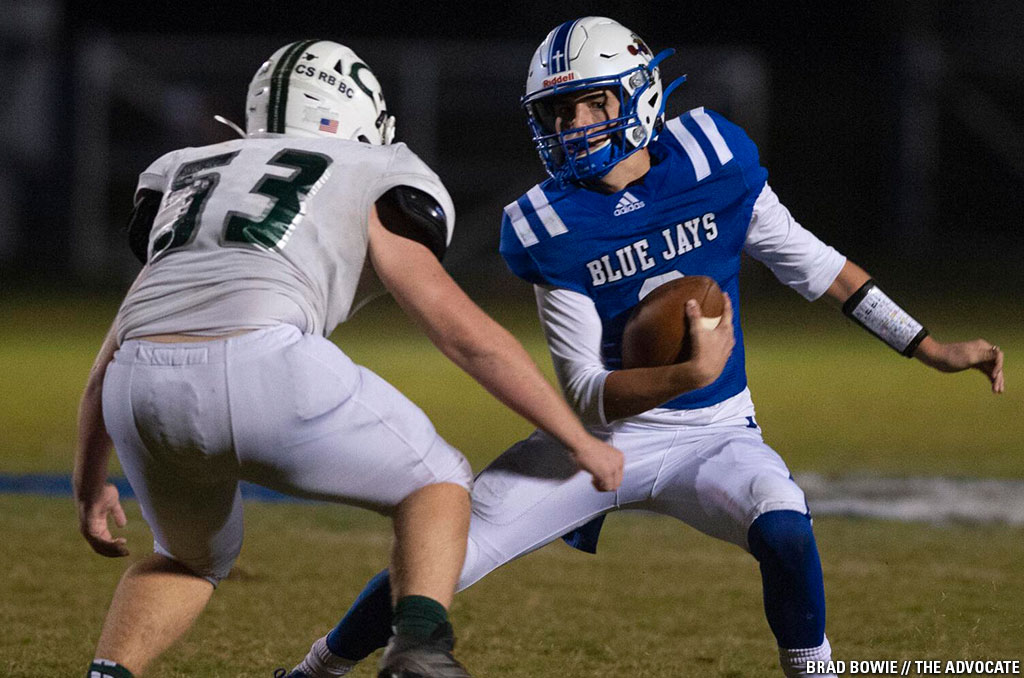 With the 2021 football season fast approaching, District 5-1A is gearing up for what could be one of the closest races within Louisiana high school football.

Although the yearly favorites to win the crown are always in the forefront, it will be hard for those programs to discount the experience and talent that teams like Sacred Heart and St. Edmund are slated to return in the fall.

The league is also set to welcome new faces in the coaching circle that could have immediate impacts on the team’s culture. Vinnie Bullara, who takes over for David Simoneaux, at Catholic-PC is tasked with rebuilding the Hornets back into a winning machine while a few rookie coaches are determined to transform their struggling programs into respected opposition.

Either way, District 5-1A could be open for any team to grab the crown but it will take a lot of effort both on and off the field to dethrone the talented Hornets.

Quote from Bullara: “We have a small senior class, so the 2021 team will be underclassmen-heavy. However, we expect to be fairly strong on both sides of the ball because the majority of our starters got a lot of game reps last year as young players.”

In his first season as head coach, Vinnie Bullara is tasked with mentoring new faces in several key positions as the Hornets prepare to defend their District 5-1A title.

However, Bullara and his squad are tired of hearing how losing stud athlete Matthew Langlois signaled the end of success for the small program. Although, he is having to rely on a ton of underclassman, the Hornets know how to win and how to fight through important points of the game.

Perhaps one of the key additions to this year’s squad is the return of seniors Jack Allen and Leighton Elliot. Allen was slated to start at fullback last year before an ACL tear sidelined him. He has worked extremely hard in his rehab to be back stronger than ever. Leighton was a starter at receiver and defensive back but sustained a shoulder injury in Week 2. With these two athletes plus tailback Hunter Beard and lineman Matthew Morrison in the mix, there will be great opportunities for these upperclassman to help develop the new talent coming up.

Catholic-PC has been to at least the quarterfinal round four of the last five years and were state runner-up two seasons ago. They know how to develop talent where it is needed and will no doubt be ready to defend its title come time for district competition.

Quote from David: “Defense returns several starters and should be able to carry the team early.”

With most of its offensive unit looking to rebuild after losing eight starters from last season, the Vikings will have to rely heavily on the defense to carry them through the early part of the 2021 campaign.

Despite losing one of its best players in Keon Coleman, head coach Thomas David is determined to produce new stars that will help propel Opelousas Catholic back in to the playoff picture. With the return of tailback Chris Brown (375 rush yards, three touchdowns) and receiver Kamron Levier (18 catches for 425 yards and six touchdowns), the final piece of the puzzle will be the development of a new quarterback.

The Vikings only lost three starters on defense and return the likes of John Michael Jarrell (64 tackles, three sacks) as well as two-way starters such as Levier, Landon Pike, Kevin Wiltz to help guide the young squad against some tough, early games against Eunice and Vermilion Catholic.

Quote from Harper: “We are looking to build on last season and compete in district.”

Josh Harper has done a tremendous job at getting his team to buy into the program and improve as each season passes.

There is a ton of positive energy on the 2021 campaign as the Trojans look to return seven offensive starters as well as seven on defense.

Senior quarterback Ethan Karonika returns to lead the Sacred Heart offensive that held its on in the 2020 regular season. The Trojans never scored below 22 points and were within a score of taking down eventual district champion Catholic-PC.

Although not having advanced past the first round over the last few seasons, Sacred Heart is determined to make its mark and use its depth and experience to help vie for a district title and a good bracket position in the postseason.

Quote from Shiver: “We scheduled three Class 4A schools in 2021 to try and get a home playoff game. Our goal is to go undefeated and hopefully earn the No. 1 seed going into the playoffs.”

The return of Kieran Davis at the tailback position is one of many signs for a strong, promising season at St. Edmund. Davis, who is not far from snapping the school’s rushing record, brings back over 700 rushing yards from last season as well as a strong offensive line that helped provide a path for him to run.

Head coach James Shiver is excited for the upcoming season and has total faith in his Blue Jays’ ability to record one of their best campaigns in program history. The fourth year coach did not make it easy though having scheduled three Class 4A programs including Evangel Christian and Livonia.

St. Edmund will also have to battle through a tough district in order to position itself as one of the top seeds in the postseason. Although the road won’t be smooth, Shiver will have his crew ready to play each Friday.

Quote from Blaize: “We expect to compete in every game we play and our two main goals to start the season are to make the playoffs and protect our house.“

A new head coach will roam the sidelines at Westminster Christian this fall as Travis Blaize takes over a program that has struggled to get into the postseason over the last few seasons.

Despite accruing eight victories and a trip to the quarterfinals in 2016, the Crusaders have not advanced into the postseason since. Blaize hopes to transform the club back into a culture of winning.

With a transition into a spread offense, Westminster will get the chance to display its talent while the defense, who returns seven starters, will rely on experience to help compete against some tough opposition.

With Gage Barton transitioning from receiver to the quarterback position and Bryant Moore coming back to the lead the backfield, look for the Crusaders to be more productive and maybe even surprise a few teams this season.

Quote from Carruth: “Our main focus this year is on improving each week. North Central football has been struggling for a while, so this season is the start of our rebuilding effort. We are looking to change the culture and mentality of this program. Fielding a more competitive team this year will serve as the foundation for greater success in the years to come.”

North Central needed a shot in the arm. Jacob Carruth is hell bound on giving the program a much needed boost in order to compete within a strong league and have a legitimate chance at making the postseason.

It won’t be an overnight crusade but with the right coaching staff and the chance to instill a mindset to win on and off the field, Carruth could be in a great situation over the next few years.

To rebuild, the Hurricanes will need to rely on the likes of two-way starters Aaron Johnson and Jamarey Cane to help carry the load for their team. It will take the returners being able to effectively communicate and mentor the underclassmen in order to chance the culture.

North Central will have a couple of challenging contests against Belaire and Woodlawn of Shreveport before entering district play. Hopefully, it will give Carruth a chance to help shape his team into a program respected by others.