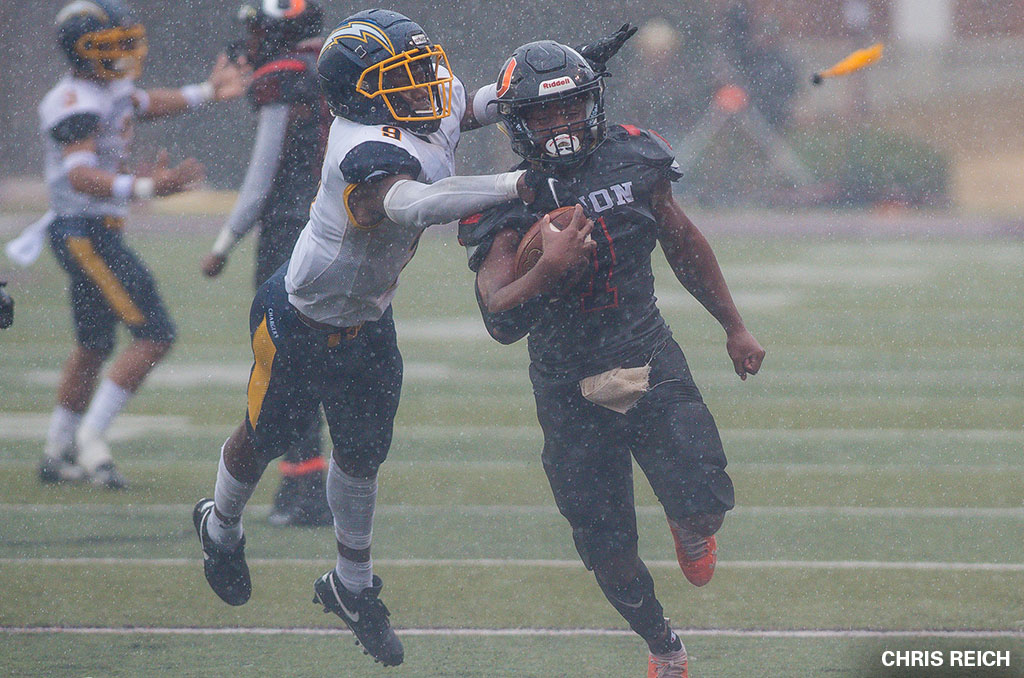 Louisiana has produced some of the best high school running talent to ever grace the collegiate and professional locker rooms.

GeauxPreps.com takes a look at a few of the state’s most talented running backs who will be sure to keep fans cheering, opponents on their toes and collegiate recruiters foaming at the mouth.

Barnes is a tremendous student-athlete with tremendous speed and strength that can be used both on the ground and in the air. The junior tailback can do it all for the Lions and was able to showcase his talent nationally last year in an ESPN contest against Newman. On the season, Barnes totaled 1,031 yards and nine touchdowns while helping to lead his team to an appearance in the state playoffs. He has an official offer from Louisiana Tech and is expected to grab the attention of more recruiters in 2021.

Whether it’s on offense or defense, TreVonte’ Citizen works just as hard, if not harder than anyone else. The four star prospect has drawn offers from over 20 Division I schools for his work on the field. If he’s not bulldozing over defenders to take the ball in for paydirt, he is blowing past the line to take down anyone who enters his line of vision. As a junior, he helped Lake Charles Prep to a 10-1 overall record and the school’s first semifinal appearance. Expect Citizen to make even more noise this season before he possibly suits up for an SEC school soon.

Trevor Etienne’s work at running back is nothing short of incredible. His knowledge of the game and ability to play almost any position makes for a great experience when attending his game. His determination is what has gained the attention of collegiate recruiters across the country. He rushed for over 1,200 yards and 22 touchdowns in only nine games last season. His performance helped earn him all-state honors on the Class 3A squad. Most believe he will follow in his brother Travis’ footsteps and go to Clemson. However, some recruiting analysts have him eyeing a spot in the SEC.

Fisher is a tailback to keep your eye on during the 2021 football season. The junior helped lead his team to a 7-2 overall record last season that ended with an appearance in the quarterfinals, the school’s deepest playoff run in more than a decade. Fisher’s progress and further learning will help land him an offer from several schools in and out of Louisiana.

The “Gunn Show” tour will soon make its way into the college scene due to this athlete’s amazing talent on the field. Marlon Gunn, Jr. is a magnificent athlete to watch as he takes control of the running game with an ungodly amount of speed (4.51 – 40). His offensive prowess has drawn the attention and offers from big schools such as Florida State and Texas as well as in-state programs like Louisiana Tech and Tulane.

Trey Holly has rushed for over 4,300 yards and 65 touchdowns during his prep career… and he is only a junior. The Union Parish running back caught everyone’s attention last season when he was juking opponents left and right when he wasn’t running over them. Holly was chosen as the state’s Most Outstanding Offensive Player in Class 3A last season after running for over 2,700 yards and leading his squad to a state runner-up title. He currently holds offers from elite programs such as LSU, Georgia, Florida State and Texas A&M.

This four-star running back has yet to play a single down of varsity football and already holds offers from schools such as LSU and Baylor. Kaleb Jackson’s high school played sub-varsity the last two seasons but that did not prevent Jackson from showcasing his talents. Whoever lands the Liberty Magnet star will get a dual-sport athlete complete with speed. He placed fourth at the Class 4A state track meet as a sophomore with a 10.66 time in the 100. Ole Miss, Louisville and Texas A&M have recently offered the 2023 recruit.

If it’s power you like to see in a running back, then go watch Raydrian McKneely this fall. The 5-10, 175 running back is drawing offers from around the country due to his threatening running attack as well as his smart receiving skills that leaves defenses guessing. He is sure to play a part in helping to bring Denham Springs back to the postseason while also gaining more attention from recruiters. When you draw the attention of programs such as the University of Georgia, then you know you have already accomplished something special.

Le’Veon Moss still has unfinished business to attend to before taking his talents to Nick Saban’s Alabama football program. The four-star athlete has played an integral part in helping revive football at Istrouma High School where he has rushed for over 2,100 yards in his varsity career. Despite an injury in 2020, he came back towards the end of the season for an 811 yard rushing campaign along with 10 touchdowns. This season, the goal is a strong showing in district followed by a deep postseason run. Moss will have a target on his back but there is no doubt that he has the pedigree to work past the staunchest of defenses.

Dylan Sampson provides speed that is essential in leaving opponents in the dust, dazed and confused. The three-star, all-purpose back has the ability to get out into open space if necessary and rocket into the endzone. It’s a skill that the University of Tennessee saw and needed. Sampson accepted and will play for the Volunteers. However, he still has one more season at the high school level and will not disappoint those who come to watch him and the Dutchtown squad. Sampson held offers from other SEC programs such as South Carolina, Mississippi State, Arkansas and Vanderbilt.