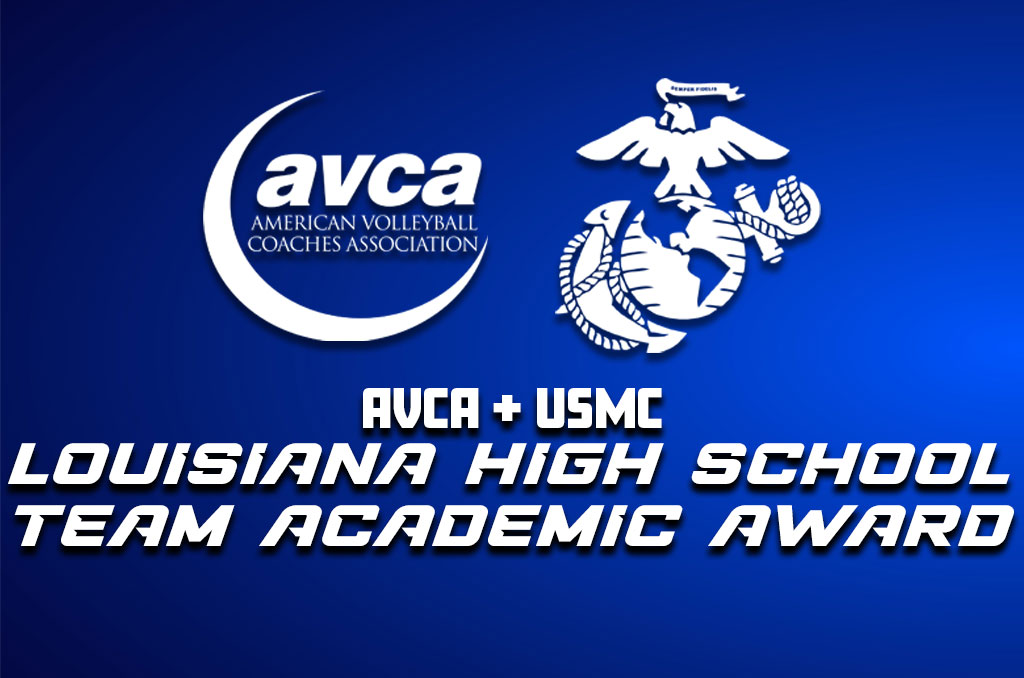 “Coaches have the most influence during difficult times,” said AVCA Executive Director Kathy DeBoer. “Keeping student-athletes focused on their academic success when their volleyball identity was suddenly gone is leadership worth celebrating!”

Lutcher’s program, led by head coach Ricky LeBlanc, has earned the award every year since 2002.

“I am super proud of my girls for getting it done in the classroom once again,” said LeBlanc. “17 years in a row as an AVCA Team Academic Award winner. They for sure are STUDENT athletes.”

Also included on the list was Benjamin Franklin High School of New Orleans. Franklin, led by Jodee Pulizzano, who has won the award nine years straight. Franklin earned a 3.5 GPA as a team with over half of the student-athletes earning a 4.0.

Central of Baton Rouge, led by Michel LeBouef, was also named to the list of schools honored with a 3.8 team GPA.

Others included on the list were Pope John Paul II Catholic School who was listed for the third consecutive year as well as Iowa High School who made its first appearance as a program.

A total of 1,313 teams from all three NCAA Women’s Divisions, college men’s volleyball and beach volleyball, and high schools were recognized.

For the full list and more information on the award, head to the AVCA’s release.