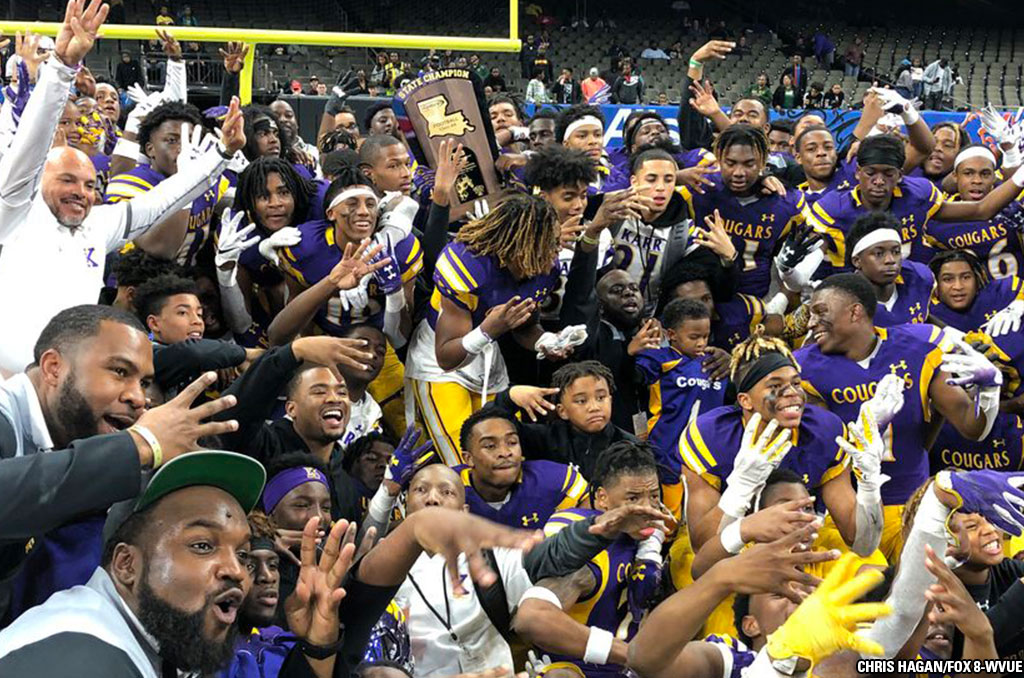 Who currently has the best high school football program in Louisiana?

That seems to be one of the most debated topics following the end of each season. The historic, tradition-rich programs always have an argument to be towards the top of that list while the up-and-coming programs continuously fight for a seat at the table.

To help fuel the discussion and to get fans excited for the upcoming season, GeauxPreps.com and Fizz Rankings (Twitter: @FizzRankings), have decided to put together a yearly ranking listing the top football dynasties in Louisiana high school football.

The yearly ranking, beginning with the 2020 season, features programs and their resumes during a five-year stretch. For example, this year’s rankings reflect statistics and numbers for each team from the 2015 season through 2019.

So teams that may have ruled the gridiron a decade ago may have been moved over by those who have built their programs and pulled their seat up to the table for discussion.

Louisiana high school programs must have played in all five varsity seasons to be accounted for in the rankings. For example, teams such as Kenner Discovery won’t be listed due to only having a varsity team for one year.

The rankings, calculated by Fizz Rankings, are put together using a formula that accounts for different factors for each team including overall victories, playoff round appearances, championships, etc.

Fizz Rankings is a Texas-based account that uses similar formulas to decide which dynasties are alive and well in The Lone Star State.

Louisiana High School Football Dynasty Rankings will be released before the start of each season exclusively on GeauxPreps.com.