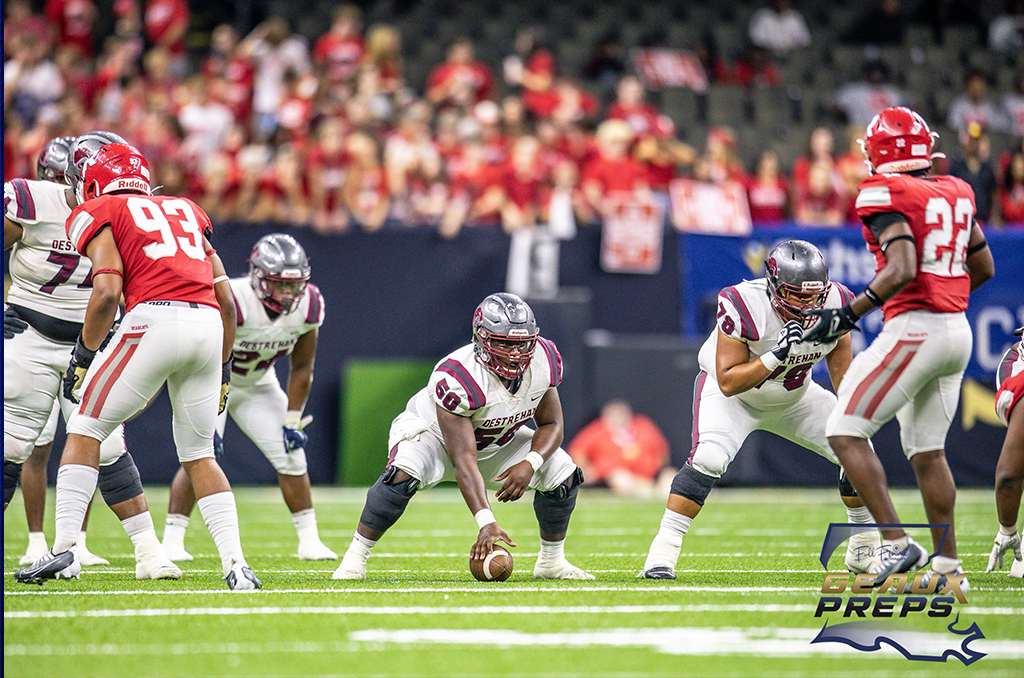 Jai Eugene Jr. dropped back, darted left for 29 yards and a go-ahead touchdown and then roared in the back corner of the end zone as his Destrehan teammates swarmed.

The Wildcats could sense a long-awaited state championship dream finally coming true after coming close, but falling just short since Eugene and many of his 2023 classmates began taking the reins of the program as underclassmen.

“A lot of emotion,” Eugene said following a 17-10 defeat of top-seeded Ruston in the Division-I nonselect battle. “A lot of emotion, man. Losing over the years, losing in the Dome (as freshmen), losing twice in the semis, we just had to keep fighting and find a way.”

He and his fellow seniors talked throughout their high school careers about their intended mission to lead Destrehan back to its first title since 2008.

That class, freshmen at the time, saw another talented senior group suffer heartbreak in the Superdome, 8-3, to Acadiana in 2019 before back-to-back road semifinal losses by more than 20 points.

But back in New Orleans, with one final opportunity, Eugene and company would not be denied.

“We just feel like ‘mission complete’ now,” said cornerback Kevin Adams, who is committed along with Eugene to sign with Tulane this month. “All those hot summers we did, all the workouts, it really just came together tonight.”

Missouri commitment Daniel Blood caught six of those passes for a game-high 118 yards.

Adams earned Outstanding Player honors for his eight hard-hitting tackles, including one for loss and a forced fumble.

“We all made plays,” he said. “We all made our plays at the right time when the team needed it.”

And senior defensive back Travon Thomas secured the game-sealing interception in the final seconds to shut the door on the Bearcats for good.

“I’m very happy for the kids, and I’m very happy for the program and the community,” coach Marcus Scott said. “When I speak about the community, these kids have been playing together or against each other in (St. Charles) Parish since they were 5 or 6 years old. We have pictures of them playing little league football or little league basketball, and so that’s what makes it special, because it’s a family thing.”