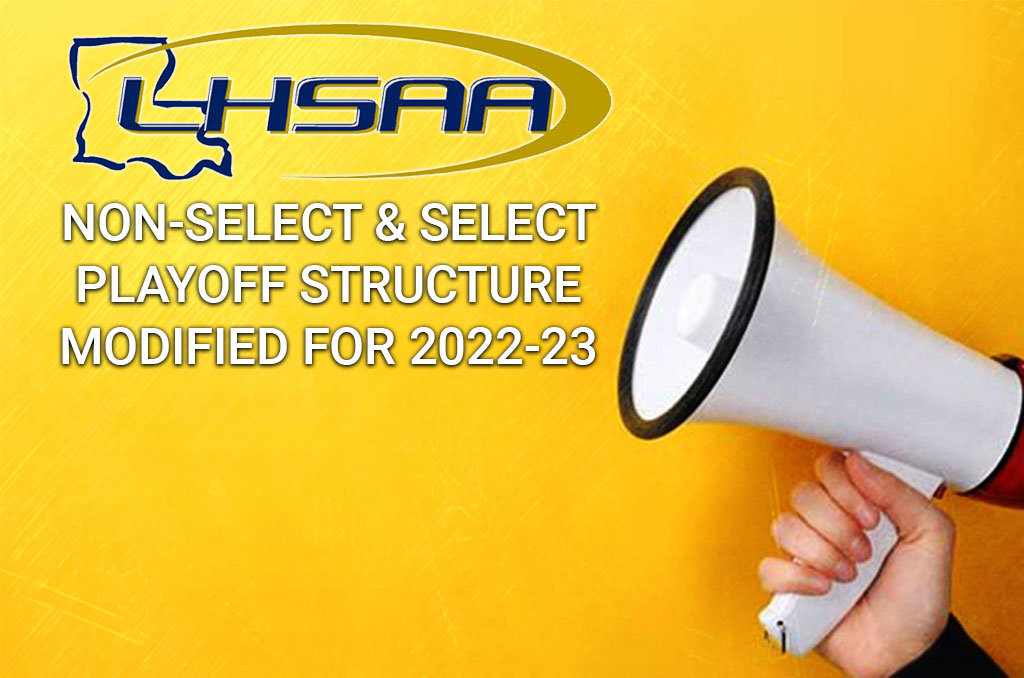 BATON ROUGE – Nearly a decade since its original vote to split private and public schools that competed in the sport of football and later other sports, the Louisiana High School Athletic Association will once again experience a monumental change.

In an unprecedented move on Thursday, the LHSAA executive committee decided it was time to restructure postseason brackets in the sports of football, boys and girls basketball, baseball and softball in the interest of leveling the playing field for all member schools and providing the highest level of competition in each round.

In football, the committee voted to dwindle the number of classes on the Non-Select side from five to four with schools in each designation evenly divided by enrollment. There will be 42 schools represented in the newly named Class I through III while Class IV will have 41 schools.

On the select side of the football postseason restructure, the same number of divisions remain. However, there will be more representation as Division I through III have increased to 34 schools each while Division IV has now grown to 33.

The decision to modify the playoff bracket structure occurred on the heels of the committee’s decision to grant appeals to 26 member schools on Wednesday thus adding those schools back to the Non-Select designation.

Those who were denied a move back to the Non-Select category included the Orleans Parish school district, which is comprised of 21 schools, including Edna Karr, and Warren Easton.

Jefferson Parish and Rapides Parish were the two other bigger parishes that were denied appeals with 11 schools represented in each district.

Caddo Parish had six schools that were denied an appeal to move back into the Non-Select designation.

GeauxPreps.com will have more information as it develops regarding this story. Please check back here and on our social media by following @GeauxPrepsLA.