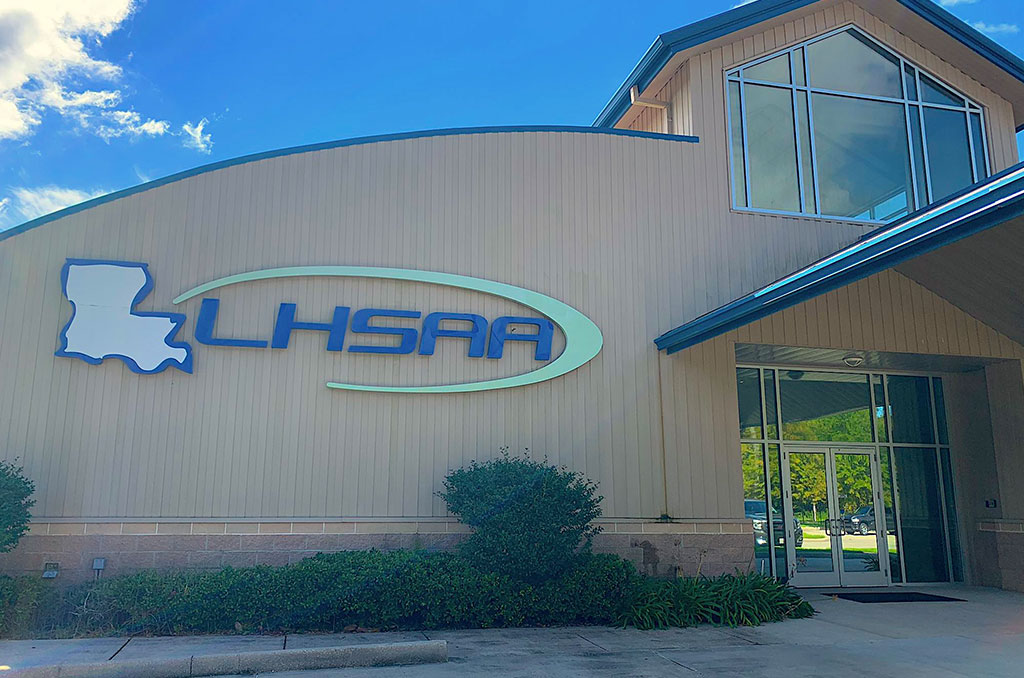 BATON ROUGE – It was a busy day at the LHSAA office as the organization’s executive committee heard appeals from 16 different school districts on the matter of whether they should remain under the newly redefined Select designation or be removed moving forward.

Following the last appeal of the afternoon, the committee entered discussion to approve or deny each school district’s request. The association will again see another shift in numbers with Non-Select schools again having a larger representation.

Going into Wednesday’s session, there were 219 Select schools and 191 Non-Select schools represented. After the committee’s vote on each appeal, that number flipped to 217 Non-Select and 193 Select.

“When it’s all set and done, we are not at a true fifty-fifty split, but we are pretty darn close,” said LHSAA executive director Eddie Bonine. “That really wasn’t the goal. We were just trying to get like schools together because over the last 10 years things have changed.”

Bonine noted that although some schools would be denied a request to move back to Non-Select, it won’t affect their regular season or district schedules. The change would only come for postseason qualification.

Bonine also mentioned that with the appeals process now complete, the association will notify those member schools on Friday of the executive committee’s decision to approve or deny their request as well as decisions made regarding postseason competition.

Each school district was allotted 10 minutes to state its case for why certain or all schools it represents should be given back their original Non-Select designation.

“The process of today’s meetings were very well done,” said LHSAA President David Federico. “Mr. Bonine and his staff did a great job of getting everything organized by providing each school with a simple questionnaire sheet that helped the process run smooth.”

“At the end of the day, there will be some people who will be happy and some that won’t be,” said Bonine. “However, this process was done in good fashion with 23 engaged voting members.”

Among notable school districts presenting their case for an appeal were Caddo Parish, Jefferson Parish and Orleans Parish. Caddo Parish Chief Academic Officer Keith Burton made his argument on behalf of Booker T. Washington – Shreveport, Green Oaks, North Caddo Magnet, Northwood – Shreveport and Woodlawn – Shreveport. Burton did pull an appeal for Huntington, who was originally included in that group.

Orleans Parish represented the largest amount of schools (21) within its district as Jefferson Parish argued on behalf of 11 of it’s schools while Rapides appealed for all of its district schools.

Among the schools not present to make their arguments were D’Arbonne Woods Charter and Glen Oaks.

From here, the LHSAA will present five options regarding playoff restructuring to its executive committee on Thursday. The sports that could see changes to its postseason formats as well as classification/division designation are football, boys and girls basketball, baseball and softball.

“Now that we have close to an equal amount of schools on each side, maybe a 32-team bracket looks better or maybe not,” said Bonine. “That is all of what was in the big picture of what we are trying to accomplish these two days.”

With the possibilities of dwindling down brackets for each sport, discussion could include the possibility of combining divisions or classifications.

The committee is set to resume discussion on possible playoff scenarios beginning Thursday morning at 10:30 a.m.