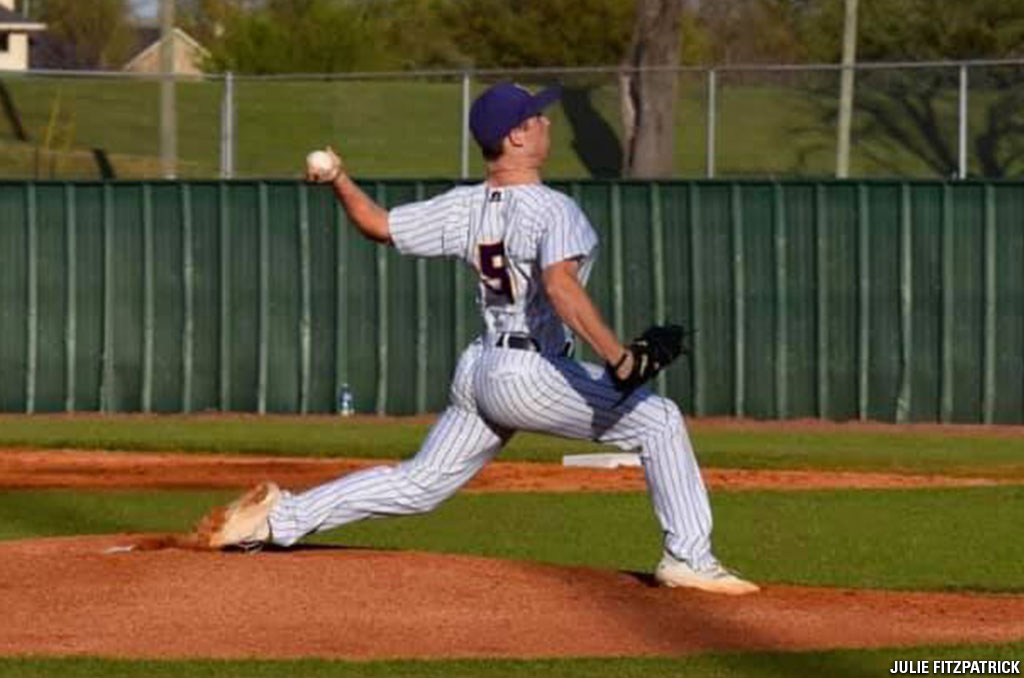 Calvary head baseball coach Shannon Cunningham reached a milestone the past week with his 400th win. The Cavaliers defeated North Webster 8-2 on Tuesday to move to 8-6 on the season. Cunningham began his head coaching days in the mid ‘90s at Byrd and also coached at Southwood and North DeSoto, before going to Calvary. The Cavs picked up another win later in the week, a 10-4 defeat of Menard. Blaine McFerren was 2-for-4 with 3 RBIs and Jackson Legg was 2-for-3 with an RBI. Blaine Rogers picked up the win going 6 2/3 innings with 7 strikeouts.

Tuesday was the first day of district games for District 1-5A and 2-game series for all eight teams.

Byrd used a strong pitching performance to defeat Parkway 7-3. Lefthander Mason Langdon picked up the win for the Yellow Jackets going 6 innings allowing just three hits, no earned runs and stuck out 14 Panthers. He was also 2-for-3 with a double as four Jackets had a pair of hits. Jack Walker had a pair of doubles in four at bats and drove in two runs. Slade Netterville had a double and single and also drove in two runs.

Benton used a 6-run fourth inning to erase a 5-0 deficit to defeat Haughton 6-5. Rylan Lawrence had two hits, one a double to lead the offense and Grayson Gates got the complete-game win, allowing seven hits and striking out 7. Both Colin Rains and Peyton Stovall were 2-for-3 for Haughton. Rains had a double and Stovall hit his 10th home run.

Captain Shreve blasted Natchitoches Central 14-1, and Airline shutout Southwood 12-0 in 5 innings. Shreve took advantage of 15 walks and Will Fielder was 2-for-2 and Bryce Branim drove in three runs. Airline got a 5-inning, 4-hit shutout from Caleb Hennings who struck out 10. Hennings and Harrison Waxley were both 2-for-3 and with 2 RBIs and a double. Carson Carey had two hits that included a double and drove in two runs and Matthew Scripture had a double and 2 RBIs.

All four winning teams remained undefeated in district after Thursday’s action. Byrd got another solid pitching performance from Sawyer Lacoste and Kirk Martinson and Jack Walker’s run-scoring double in the ninth inning in defeating Parkway 3-2. Benton scored six runs in the first inning and five more in the fourth in defeating Haughton 12-5, Airline blasted Southwood 15-3, and Shreve slipped past Natchitoches 6-5.

Captain Shreve got a complete-game shut out performance from Jackson Bleich in beating Parkway 8-0. Bleich gave up just five hits, walked four and struck out 7.

PBR Player of the Week

Parkway’s Brandon Levy was named the Prep Baseball Report for Louisiana week 4 Player of the Week. Levy was 6-for-11 with 3 doubles and 3 RBI at the plate and 1-0 on the mound, pitching 3 1/3 innings, giving up no hits or runs and striking out four.

Loyola got a 3-0 win over Menard Friday behind a complete-game 2 hitter from John Shahrdar who struck out 7.

Nathan Lirette was 2-for-2 with a double and triple and scored all three of the Flyers runs. Sam Swak also had a pair of hits in 2 at bats.

Doyline defeated Bossier 12-6 with Kyle Spears getting the win for the Panthers. Kaleb McClinton took the loss for Bossier who was led at the plate by Cole Beeson and Avery Williams who both had a pair of hits and an RBI.

It was an interesting week for the Haughton Lady Buc softball team. On Wednesday Macey Schut tossed a no-hit gem as Haughton picked up a 12-0 defeat of Parkway. The Bucs got a pair of hits from Alayiah Mingo, Averi Phillips and Briley Leblanc. Mingo had a double and two RBI and Phillips also had a double and drove in three runs.

The Bucs unblemished District 1-5A record came to an end on Thursday in a 15-4 loss to Natchitoches Central but shortstop Brooklyn Bockhaus hit her 12th home run on the season to tie a school record. She broke the record the next day with her 13th as the Bucs outlasted Cedar Creek 16-14 in Ruston.

Logansport picked up three wins defeating Loyola in a doubleheader 13-1 and 15-0 on Monday and St. Mary’s 6-5 Tuesday. Katie Paul Woods improved her record to 7-6 on the season with two wins and was 5-for-8 at the plate in two of the wins.

Logansport defeated St. Mary’s 6-5 as Katie Paul Woods picked up the win to improve to 7-6 and had 8 strikeouts. Emmarie Atkins was 3-for-4 with an RBI, Sara Arbuckle had a triple and an RBI, Woods was 2-for-4 at the plate with an RBI. Logansport is now 11-7 overall and 2-1 in District 3-1A.

Calvary rolled along with wins last week over Ouachita Christian (11-3) and Sterlington (14-4). Riley Walker moved her record to 7-2 with wins in both games. She recorded 8 strikeouts in each game and had a pair of hits with a homerun. Ramsey Walker was 5-for-9 with 3 home runs.

Legendary Ruston High Track and Field coach Dave Anderson was honored at the annual “Hoss” Garrett Relays with the naming of the school’s track in his honor. Anderson, who led the Bearcat program between 1991 and 2012, guided Ruston to nine state titles and the first ever girls title.

Aside from the dedication of the track, the Ruston boys and girls captured the team titles on Friday. The boys outdistanced second place Ouachita 173-104. The girls finished with 153 points to second place Byrd’s 115.

Natchitoches Central’s Oluwagbe Ojemakinde was one of only two double winners in the boys competition. He won the shot put with a toss of 48 feet, 7 inches and the discus (158-3). Ouachita’s Kashie Crocket was the other double winner with wins in the 100-meter hurdles (14.65) and 300-hurdles (37.23).

Shreve’s boys relied on its depth in posting 112 points to second place Many’s 91 ½. Marquez Stevenson’s first place finish in the 200-meters was the Gators only gold medal on the track besides claiming three of the four relays. Kendrick Law was the Gators only field winner taking the long jump.

Cole Palmer of North DeSoto claimed firsts in both the 110-hudrles and 300-hurdles.

The Panthers scored 156 points in the boys division, slipping past runner-up Haughton who finished with 151 points and Benton finished third with 149.

Benton’s Nick Randall was named the top track athlete while Ashur Hall topped the field participants in the boys division.

MVP’s in the girls division went to Benton’s Isabelle Russell on the track and Parkway’s Mikaylah Williams in the field.

Russell picked up first places in both distance races winning the 1600 and 3200.

The LSWA Class 1A All-State teams were released Sunday and Northwest Louisiana was represented. Calvary’s Daniel Ortiz was named to the first team after averaging 23.0 points per game his senior season. His teammate Labree Williams, a junior, was named to the second team along with Arcadia’s Jaqualon Crane.

Class C honorees for the boys were MVP Zach Parrie of Ebarb. Jaren Mitcham of Hornbeck was named to the second team.

Gibsland-Coleman’s Jamya Jackson was named to the girls first team while teammate KeHonesty Williams was selected for the second team.