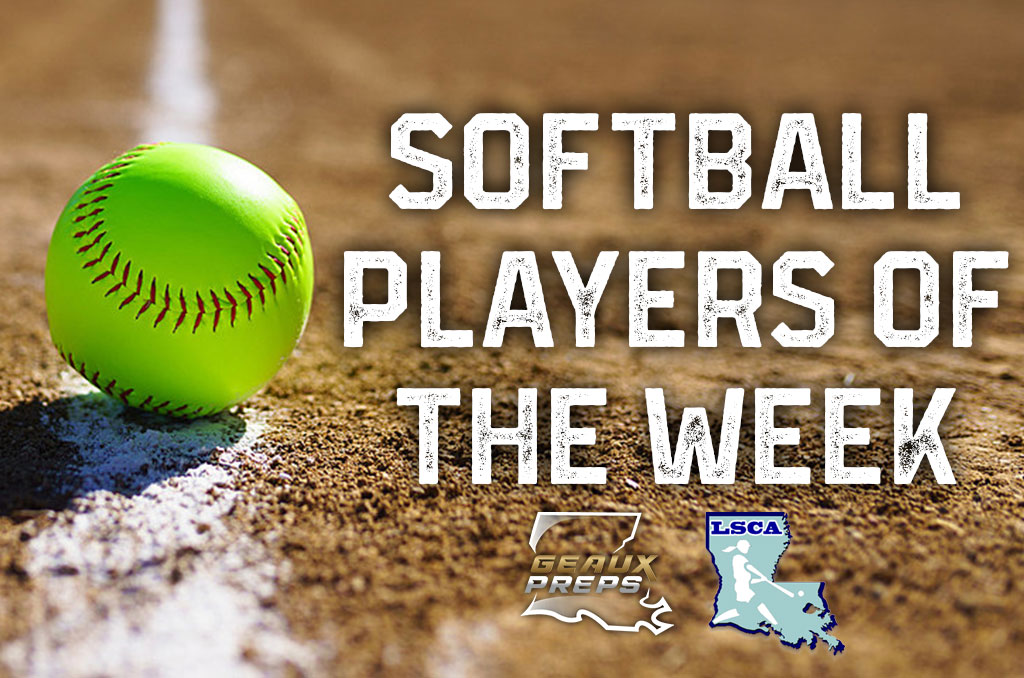 LAKE CHARLES – Brusly’s Laila Clark and West Monroe’s Maddie Nichols have been named the GeauxPreps.com/LSCA Players of the Week for games played March 22-27.

Clark was so impressive at the plate all week that teams were intentionally walking the freshman hitter. The freshman outfielder hit an eye-popping .647 with three home runs, two doubles, a triple, 11 RBI, 12 runs scored and six stolen bases over five games. Clark went 4-for-5 with four RBI against Cecilia and then two days later batted 3-for-5 and drove in three more runs. She was intentionally walked six times in her next two appearances but still managed to hit a home run and score three runs. She hit another dinger against Class 5A’s Zachary and drove in three runs on three hits.

Nichols had an incredible week in the circle, going 4-0 with a 0.81 ERA as the Lady Rebels won all five of their games that included a win over nationally-ranked St. Amant. In 26.0 innings, Nichols racked up 54 strikeouts, surrendered no walks and had a .108 opponent batting average. She had three complete games but her most impressive performance may have been against the No. 10 ranked team in the country as she limited the St. Amant Lady Gators to just two runs in eight innings of work while striking out 14. In total, Nichols gave up just three earned runs across her five appearances against teams that rank in the Top 20 of the GeauxPreps.com Softball Power Ratings.