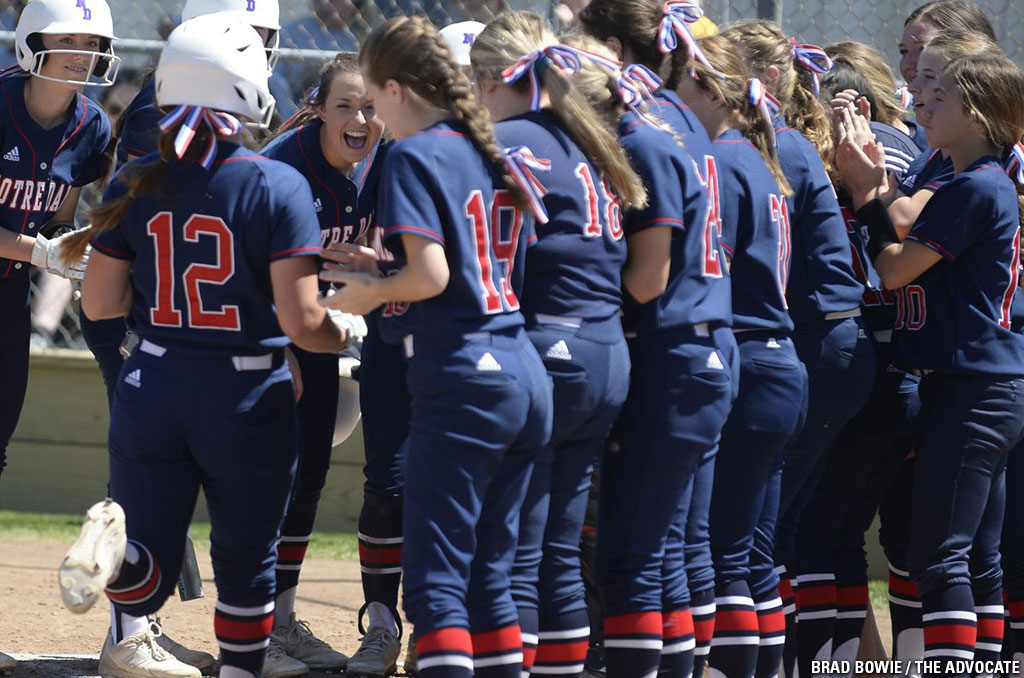 CROWLEY – The Notre Dame softball team set a new single-season home run record on Thursday against Erath, hitting their 83rd home run as a team. That breaks the record held by the 2017 Canyon High School squad out of Texas, who hit 82 homers.

“This is an amazing accomplishment for our young ladies,” said Lady Pios head coach Dale Serie. “They set a goal at the beginning of the season and to witness them accomplish their goal is amazing. We are blessed and excited but understand the journey isn’t over yet. Our ultimate goal is to win the last game we play.”

Notre Dame broke the state record for home runs in a single season earlier this year when it surpassed the old record of 59 set by St. Amant in 2007

The Lady Pios are currently 23-5 and are on pace to become the first high school softball team to reach 100 home runs with three games left on the regular season in addition to the postseason.