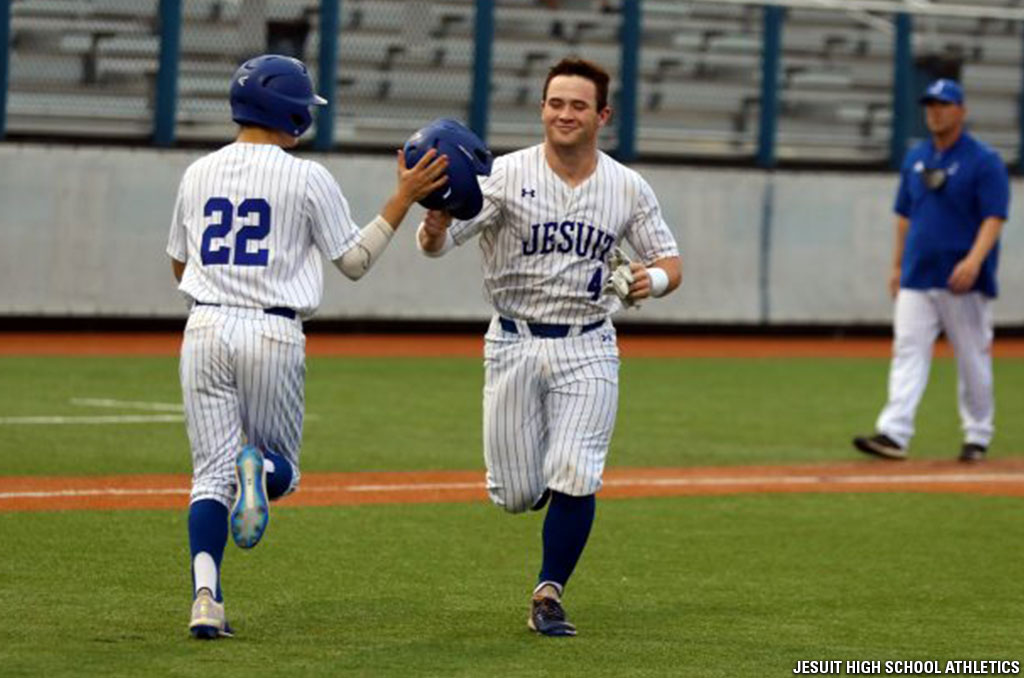 The Barbe Bucs (22-1) slid down to No. 5 in this week’s poll following its first loss of the season to Sam Houston last week. However, Glenn Cecchini’s squad bounced back with an impressive 10-5 victory over Sulphur in which Gavin Guidry struck out seven and went 2-for-3 in the game. The Bucs currently rank No. 2 in the GeauxPreps.com Class 5A Baseball Power Ratings.

Sam Houston (20-3) moved up six spots to No. 11 in this week’s poll thanks to its win over Barbe as well as a series sweep against Comeaux. The Broncos were led by Dallas Rhodes who tripled and recorded the pitching win against Barbe while Dylan Thompson went 3-3 with two doubles and four RBI against Comeaux.

Jesuit of New Orleans (21-1) broke into the weekly rankings at No. 25 following an undefeated week with wins over Hannan, De La Salle and Newman. MaxPreps highlighted Ryan Porche’s performance on the mound against Newman where he struck out 10 batters. The Blue Jays have won nine of their last 10 games and currently sit atop of the GeauxPreps.com Division I Baseball Power Ratings.