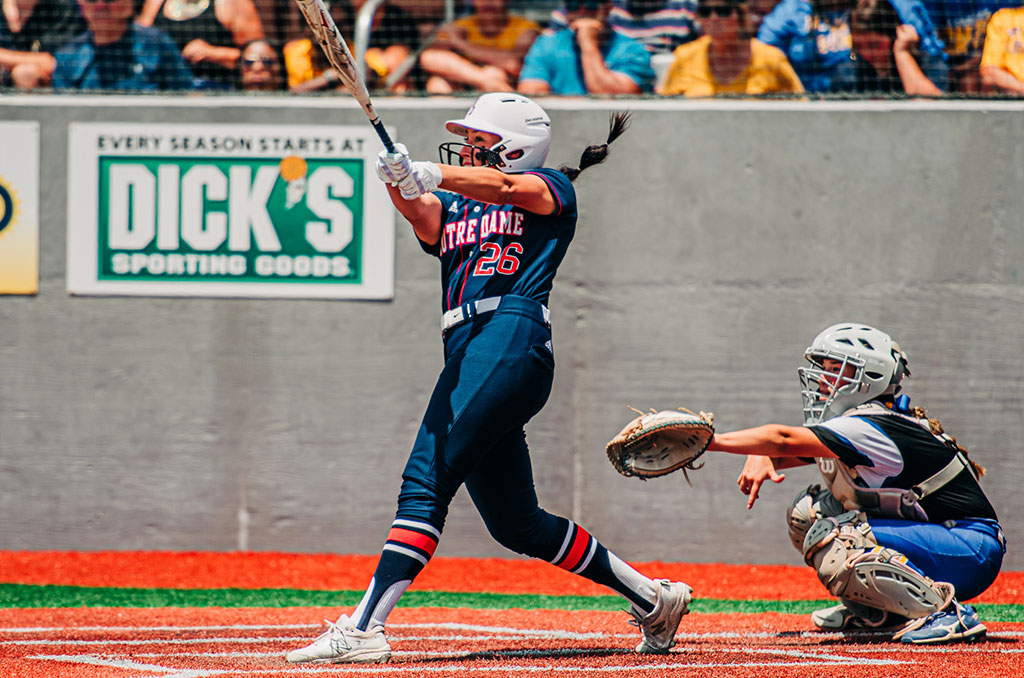 Heading into the 2022 softball season, Notre Dame’s Corine Poncho had a reputation much like Ringo Starr of the Beatles “Fab Four” — she was the “other” member of the Lady Pioneers’ “Big Three.”

Poncho was often in the background while others were the headliners. Then she stepped into the spotlight to help Notre Dame (30-5) win its fourth straight Division III championship.

Among those taking note were voters for the Louisiana Sports Writers Association, who selected Poncho as the winner of the prestigious 2022 Louisiana Farm Bureau Insurance/Miss Softball award.

Playing on a team that featured two LSU signees, Maci Bergeron and Abigail Savoy, Poncho steadily developed into one of the most-feared softball players in Louisiana in 2022 while playing with Bergeron, who was a Pan American games competitor and the 2021 Miss Softball.

“Heading into the 2022 season, I really wanted to focus on myself and my team and just be the best I could be for them to help us get to where we wanted to be,” said Poncho, who decommitted from Houston earlier this spring and is being courted other schools. “I had a personal goal of 25 home runs and I just wanted to be the best version of myself to help the team in any way I could.”

In her first plate appearance in the Division III final with St. Charles fans chanting “We want Poncho,” she uncharacteristically struck out.

But in her second time at the plate, she launched a towering two-run home run, which, in the end, proved to be the difference in a 6-4 Notre Dame victory.

When Poncho strolled to the plate for her third appearance, an opposing fan repeated the refrain and was silenced by another St. Charles fan. That time, Poncho was intentionally walked with two NDHS players already on base.

In the circle, Poncho posted a 13-1 record with 60 strikeouts in 60 2/3 innings. She was the winning pitcher in relief in the state semifinals and she was credited with the save in championship game.

Of course, her power-hitting stood out above all other statistics.

“I really tried not to focus on hitting home runs and just get base hits,” she said. “The home runs were gifts from God in helping me reach my goal (helping the team). “Home runs were in the back of my mind, but my big focus was helping my team win another championship.”