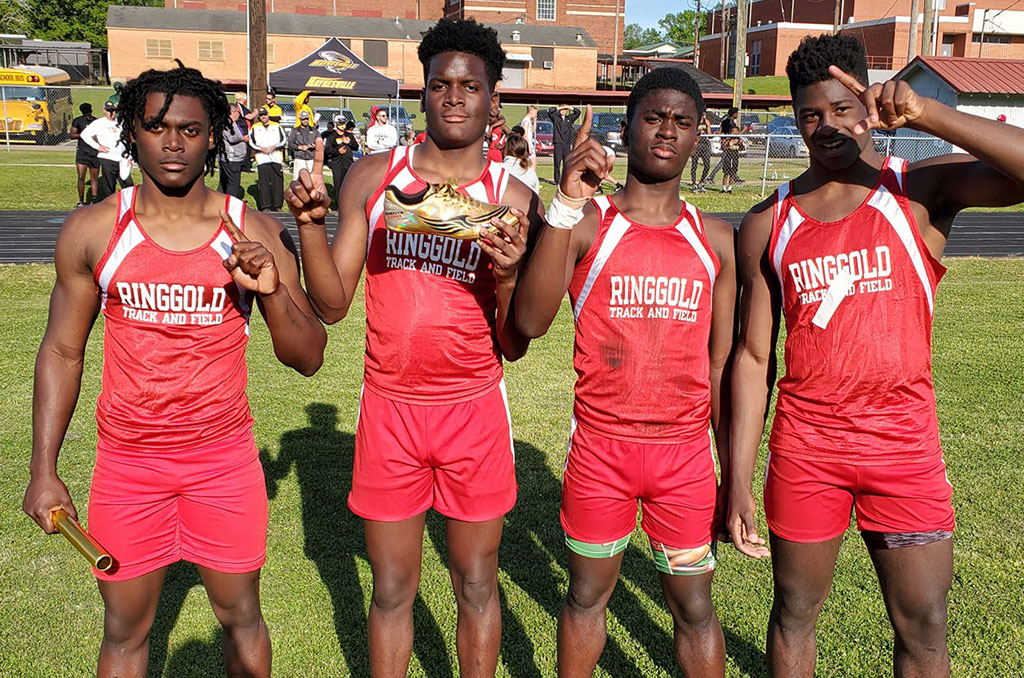 Softball playoffs kicked off on Monday with Airline pitcher and LSU signee Raelin Chaffin tossing a perfect game in the Vikings first-round defeat of Parkway 10-0 in five innings. Chaffin then struck out a career-best 18 in a quarterfinal 3-0 defeat of No. 4 Walker to send the Vikings to the State Tournament in Sulphur. The No. 5 seeded ladies will face No. 1 West Monroe on Friday in the semifinals.

No. 1 ranked North DeSoto defeated No. 8 Assumption 8-2 to advance and play in a state semifinal game for the seventh straight time. The Griffins will face No. 4 Neville on Friday.

Also no stranger to playing in Sulphur is Calvary who will make its seventh straight trip and Many who is going back for the third time in the last four playoff years.

Calvary the No. 1 seed in Division IV will face No. 12 Riverside Academy Friday. The Lady Cavs defeated No. 8 Opelousas Catholic 11-1 in 5 innings in the quarterfinals.

Many is also a No. 1 seed in Class 2A and defeated No. 9 Kinder 9-1 in the quarterfinals. It will face off with No. 12 French Settlement in a semifinal game on Friday. For the season the Many team has slugged more than 60 home runs and has a robust .424 team batting average.

In Class B No. 3 Florien will play No. 2 Holden in a semifinal while No. 5 Quitman faces No. 9 Anacoco.

Class C semifinals pits No. 1 Calvin against No. 5 Ebarb and No. 3 Summerfield versus No. 7 Georgetown.

The final week of the baseball regular season had a few obstacles with rain taking out a few games on the schedule, but one game was played in Stonewall where top-ranked North DeSoto took on Minden in a District 1-4A game. The Crimson Tide scored one run in the sixth inning to tie the game at 2-2 and went ahead with two more runs in the seventh. The Tide then held on for a crucial 4-3 win to snap the Griffin’s 26-game win streak. The win ensured the Tide a first-round home playoff game as they moved up to No. 13 in the power rankings. The loss meant North DeSoto finished tied at the top of the 1-4A standings at 5-1 with Evangel and dropped the Griffins to the No. 2 seed in the playoffs with a 29-4 overall record. Minden finished in a tie for third at 4-2 in the district and is 16-11 overall.

Benton finished its District 1-5A season at the top with a 13-1 mark and 26-5 overall. The Tigers are a No. 7 seed in the Class 5A bracket one spot ahead of district foe Haughton the third place team at 9-5 and 25-7 overall. Byrd finished second in the district at 10-4 and takes a 23-7 overall record into the Division I playoffs where it is the No. 1 seed.

District meets were held the past week with several top athletes leading their schools district championships and moving on to regionals. Captain Shreve and Benton’s boys finished in a tie for the District 1-5A title. Kendrick Law once again came up big for the Gators along with teammate Marquez Stevenson who won both the 200 and 400-meters. Mason Hailey (800-meters) and Caleb Hood (Javelin) took first place medals for the Tigers. Jacob Marcinkus came up big in the 1,600 and 3,200 meters along with Nick Randall who was second in both the 110 and 300-hurdles. Byrd’s Trent Wells continued a brilliant season with wins in both the distance races.

Parkway outdistanced Byrd 133-123 for the District 1-5A girls title. The Panthers were 1-2 in a pair of field events on the day.  Mikaylah Williams took first in the discus and high jump. She and teammate Bianca Oliver both cleared 5 feet with Williams getting the edge on fewer misses. Chloe Larry finished ahead of teammate Peyton Pipes to win the javelin.  Byrd’s only first place medal was won by Christanna Kirksey in the shot put. Third-place Benton (115 points) had a pair of double-winners as Jamie Willis won both the hurdles events and Isabelle Russell took the 800 and 1,600 and was second in the 3,200.

Plain Dealing hosted the District 1-1A meet with Haynesville taking the girls title and Calvary the boys. Marissa Tell won three events for the Tornado taking both hurdles and the triple jump while all three relay teams brought home gold. Ringgold’s girls finished strong as seventh grader Mya Page won the 200 meters and was second in the 100. Marvalas Brown won the javelin and Its 400-meter relay team was second and 800-relay team third.

Calvary took the boys crown behind double winners Garrett Sepulvado (1,600, 3,200-meters) and Jordan Wallace (long jump, triple jump). Sepulvado was second to teammate Will Bagley in the 800 meter as well. Ringgold’s boys finished in third in the team standings by doing something it hadn’t done in many years. The Redskins edged out Haynesville in the 400-meter relay and had Tyrin Cunningham win the 200 meters and finish second in the 100 meters.

A number of local players advanced to this week’s state tournament being hosted by University of Louisiana-Monroe.

In Division I boys singles, Brad Boyd of Airline is the lone local participant. Boys doubles is different as there is a whole host of teams representing the northwest part of the state. Natchitoches Central sends Nikolas Broadway and Joshua Chesal; Captain Shreve will have James Auer and Brennan Hurst. Byrd has two teams entered in David Chu and William Raney and Connor Regard and Connor Culverhouse.

Byrd’s girls sends triplets to the state tournament. Senior Sydney Young is the only singles entry.  Her siblings, Isabella and Morgan Young will compete In doubles. Katherine Ferrier and Baylor Thornton will represent Captain Shreve while Beth Ann Methvin and Anna Coleman of Natchitoches Central will battle for doubles supremacy.

On the girls side playing singles will be Aubrey Love from Benton; Caddo Magnet’s Hibbu Hussain and Thuy Chau and Raelee Craft of Benton. Caddo Magnet has three doubles teams in Tuyen Chau and Leah Sullivan,  Keya Effit and Vivian Vekovius and Neelie Lim and Jordyn Mayfield.  Benton has the team of Gracyn Badiali and Grace Beckham competing for a title.

Loyola and North Caddo sends some athletes to the Division III state tournament. Boys singles will have Stafford Yerger and Patrick Goozen of Loyola and the Rebels Daniel Gallagher III plays for a title. Doubles action has three teams from Loyola in  Brannigan Bissell and James Graf  and Bo Bowman Jr. and Charles Valiulis. The third Loyola team of Gregor Ghali and Nick Haynes will play William Smith and Jacob Schumacher of North Webster in the first round.