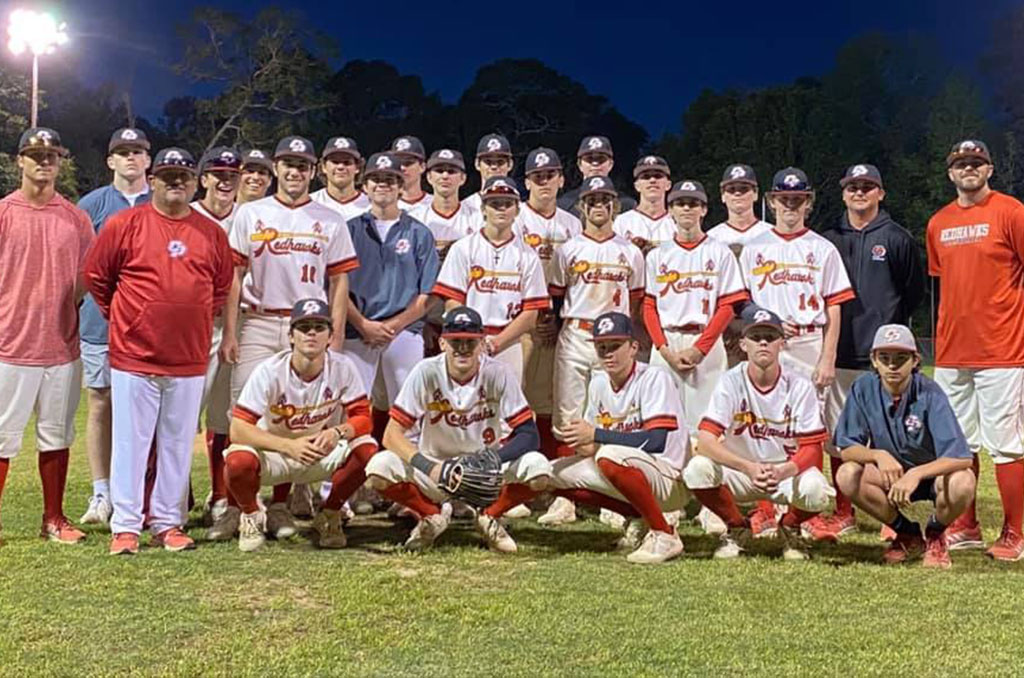 Most eyes in Baton Rouge area softball will turn their attention at 11 a.m. Friday to Frasch Park in Sulphur.

An unkind quarterfinal round left few representatives from the 225 area code to make the trip to the state tournament’s return to its traditional venue after last season’s absence because of COVID-19.

No. 2 Catholic (Pointe Coupee) and No. 3 Ascension Christian will battle in one Division IV semifinal to start Friday’s action.

The Hornets and Lions held off No. 7 Central Catholic, 2-1, and No. 6 Cedar Creek, 8-3, in their respective matchups this past Thursday to advance.

Catholic (P.C.) claimed the 2019 title, while Ascension Christian would reach its first-ever state championship game with a victory.

A trio of Livingston Parish schools will join them in Sulphur.

And No. 2 Doyle and No. 12 French Settlement will battle No. 3 Rosepine and No. 1 Many in opposite Class 2A semifinals Friday at 3 p.m.

Doyle beat No. 10 Lake Arthur, 9-4, on Friday to make its first trip back to the event since a 2018 state championship.

And French Settlement upset No. 4 Winnfield, 3-2, on Saturday to reach a semifinal for the first time since 2007.

Several other notable contenders around the capital area were not so fortunate.

Reigning Class 5A champion St. Amant, the No. 2 seed in this year’s bracket, stumbled Saturday against No. 7 Pineville, 8-1.

Division II No. 5 Parkview Baptist fell, 13-3, to No. 4 Thomas Jefferson in a similar road trip to New Orleans.

And Division IV No. 4 St. John fell Friday to No. 12 Riverside Academy.

A district home-and-home this past week against University Lab loomed as the largest remaining tests to the Parkview Baptist team’s run at an undefeated regular season.

But the Eagles passed each with the same flying colors they have throughout an impressive 28-0 campaign to earn the top seed in the Division II playoff bracket released Sunday.

In addition to 11-3 and 6-0 defeats of the Cubs on Tuesday and Thursday, Parkview Baptist added a 6-0 shutout of Grace Christian on Wednesday and 13-2 rout of Central Private on Friday to the resume.

The Eagles will face No. 16 Haynes Academy in this week’s regional round, while No. 4 U-High plays No. 13 De La Salle.

Nearby Doyle in Livingston Parish joins Parkview Baptist among this year’s 12 top seeds in their respective brackets.

Ascension Catholic earned the No. 2 seed in Division IV.

Check Geaux Preps’ “Playoff Central” for complete brackets in all classifications and divisions.

Central Private had wrapped up some program history last week even before Friday’s date with Parkview Baptist or Sunday’s bracket release.

The RedHawks swept their District 6-1A matchups with Slaughter Community, Southern Lab and False River to claim their first baseball league crown in just their second year as an LHSAA member.

Central Private won nine of its final 11 to finish the season 15-13 and earn the No. 11 seed in the Division IV bracket to face No. 6 Central Catholic.

University Lab leads the way with the Division III boys and girls brackets each including three doubles teams and two singles competitors from the Cubs’ program.

St. Amant meanwhile is represented by at least one entry in each of those four brackets, led by a pair of girls doubles teams.

Woodlawn carries the 225 area code into Division II action with a doubles team on both the boys and girls sides.

The No. 1 Bears, East Ascension and Central will try to stop Brother Martin from winning a fifth straight championship in the boys/co-ed division.

Catholic will have first crack at the No. 5 Crusaders, while the No. 6 Spartans and No. 7 Wildcats meet on the other side of the bracket.

Central is the only school to send a boys’ and girls’ team to the semifinals, as the No. 19 Lady Wildcats upset top-seeded Central Lafourche, 19-8, in the quarterfinals.

Central will face No. 5 Dutchtown in one girls semifinal, while No. 3 St. Amant battles No. 2 Chapelle.

Zachary swept the boys’ and girls’ titles in District 4-5A last week, while all-boys Catholic and all-girls St. Joseph’s split the District 5-5A honors.

St. Michael, West Feliciana and Episcopal swept the District 7-4A, District 7-3A and District 8-2A meets, respectively.

The Southern Lab boys and Central Private girls won in District 6-1A, and the Ascension Catholic boys and East Iberville girls split District 7-1A.