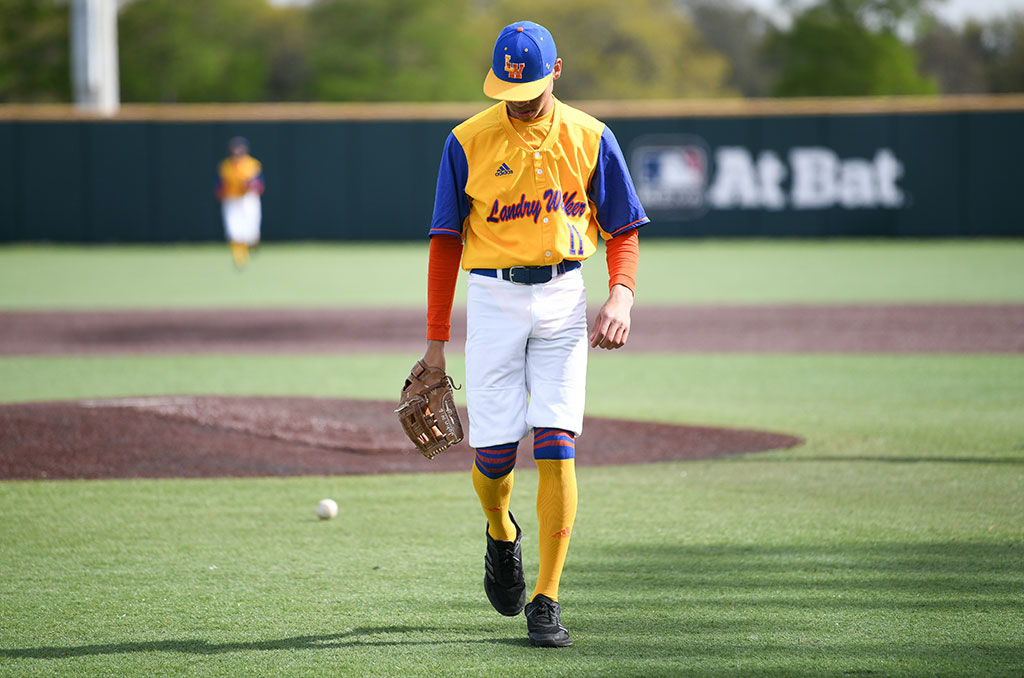 Ascension Christian’s Aubrey Fathright was 12-for-22 at the plate last week and drove in 14 runs while slingshotting two homers along the way. Jack Markey and Wyatt Buratt combined to toss 11 innings and allowed no runs and together struck out 18 batters.

Haasan Tennessee, Landry High School’s senior pitcher, had a great week last week. Against Helen Cox, he pitched a 3.2 inning no-hitter, striking out nine. At the plate, he went 2-3 leading the Bucs to a 20-3 victory. Against New Orleans Military and Maritime Academy, Tennessee tossed five innings giving up one hit and one earned run. The lefty struck out nine and also went 2-for-2 at the plate with a triple and 5 RBIs.

Tahj Favorite, a senior at White Castle, hit a grand slam against district foe East Iberville. White Castle advanced to the postseason and will travel to take on Haynesville on Wednesday in the Class 1A first round.

Brady Weatherford of Pineville went 4-for-8 with two RBI and four runs scored, reaching base safely in eight of 12 PA. He took the mound on Wednesday vs. parish/district 2-5A rival Alexandria Senior High and spun a gem in 6.1 innings. He allowed just three hits and no earned runs along with 11 strikeouts.

Luke Johnson of Grace Christian hit three home runs, two of which were launched in the same inning, and drove in 11 RBI last week. He finished with a .650 batting average.

Kamon Parker, LHP for Logansport High School, threw a no-hitter on the road last Tuesday against Northwood Lena. The southpaw tossed five innings and allowed no runs and struck out right batters on 72 total pitches.

Dylan Bourque of Westgate led the Tigers to victory on the mound last week in five innings of work. He allowed just two hits and one run while striking out seven. Devyn Zenon and Jacavian Jacob collected multiple hits as Jacob lead the way with six

Iota’s Tyler Lejeune was 8-for-10 last week along with four extra-base hits and 11 RBI. Nick Duplechain hits four times and sent two homers over the wall while driving in six runs. Gavin Leblanc allowed no runs to score in his five inning outing and struck out 11 in the process.

Central Catholic’s Caleb Menin was undefeated on the mound last week with just one earned run allowed in 14 innings while having struck out 26 batters. Trent Menina also picked up a win against Vermilion Catholic with 16 strikeouts in seven innings of work.

East Ascension’s Dominick Regira helped lead the Spartans to a 6-1 record last week as he batted 7-for-12 with four RBI and three doubles. The junior outfielder was also walked five times for a 705 on-base percentage.

C.J. Watts of Lakeside was 10-fo-16 at the plate last week for the Warriors as he collected two home runs, three doubles and drove in nine RBI.

Jaheem Comeaux and Jared Aaron are two senior pitchers from Northside who battled through a losing season but always remained positive for their team.

Taylor Dupont of St. John enjoyed much success both at the plate and on the mound last week. He tossed 7.2 innings and picked up the win after allowing just one earned run and struck out 15. He was also 4-for-11 with a double, four RBI and six runs scored.