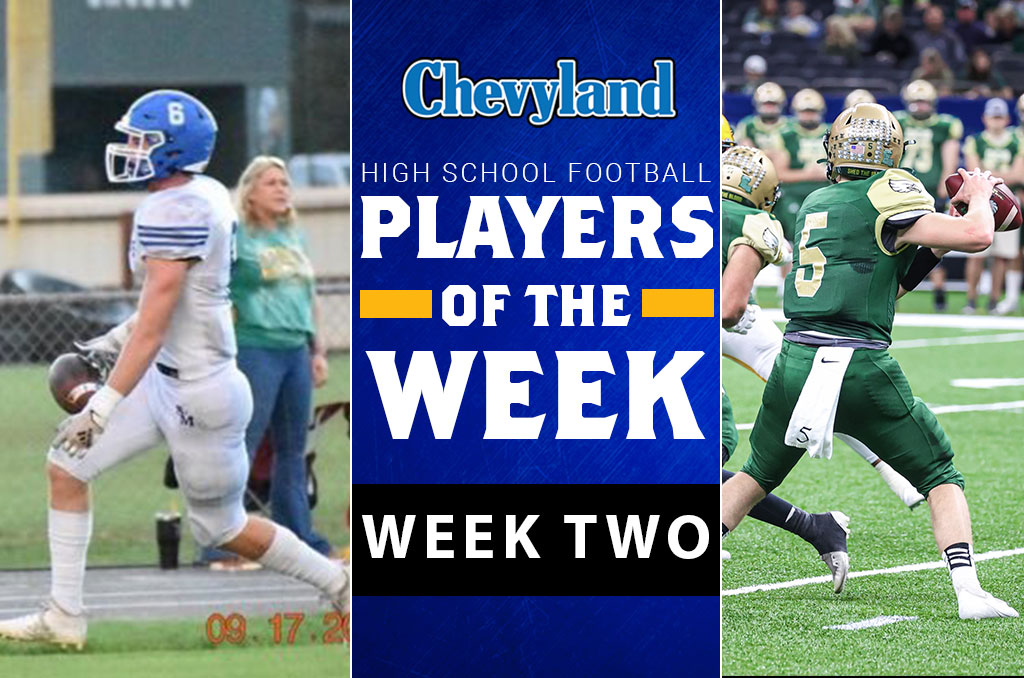 Submissions are sent by the head coach of each team. Coaches may nominate players each Sunday by 10 PM by sending stats, pictures and more to hbower@geauxpreps.com.

This week’s GeauxPreps Football Players of the Week honors are presented by Chevyland.com and are being awarded to two deserving student-athletes who served as game changers for their respective schools.

Graves turned in one of the most impressive performances of his prep career while helping Ouachita Christian defeat former district rival Oak Grove, 48-20.

The senior quarterback completed 16-of-21 passes (76.2 percent) for 241 yards and two touchdowns, while also rushing for a team-high 116 yards and three scores against the Tigers. Despite falling behind early, Ouachita Christian answered with a seven-yard touchdown pass delivered by Graves to help spark an offensive attack. Head coach Steven Fitzhugh’s signal-caller finished his prep career by going undefeated in games played against Oak Grove.

Bienvenu was all over the field for St. Mary’s on Friday with 13 tackles, including 11 solo stops plus a tackle for loss in the Tigers’ dominating performance over Class 3A Buckeye, 26-7. In addition to his defensive duties, the junior linebacker also caught seven receptions for 76 yards and a touchdown.