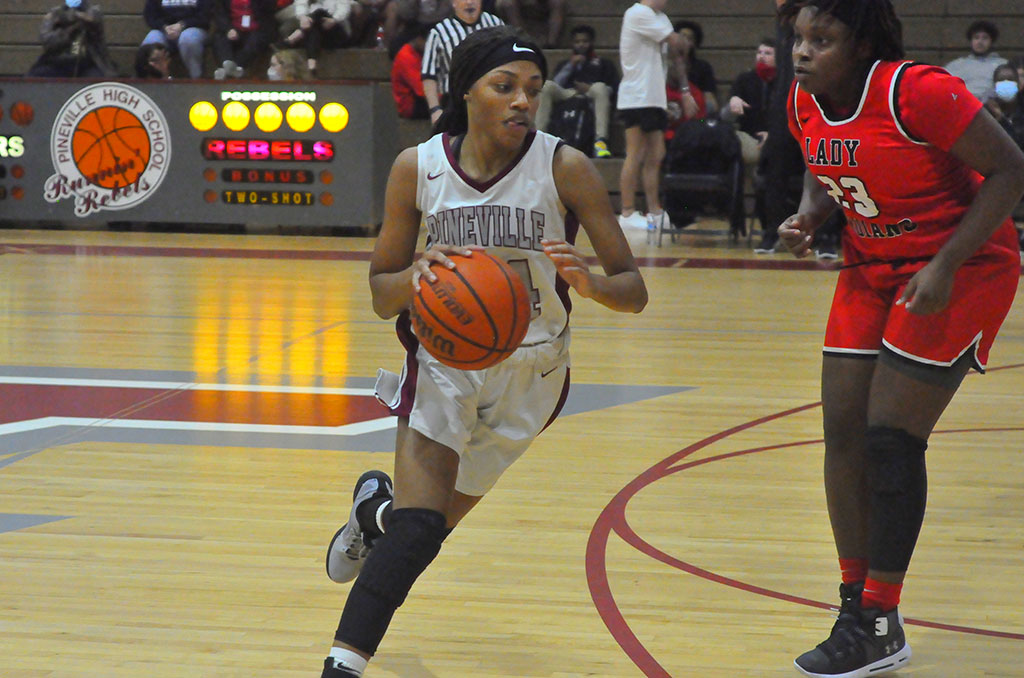 The Lady Rebels had not lost to Tioga since late in the 2010-2011 season. The Rebels entered the contest riding a five-game win streak and looked to and were able to continue the streak following a 45-28 victory.

The Lady Rebels came out strong and beat their rivals with Ashley Guedry leading the Rebels with 16 points followed by Morgan Elie with 10.

Pineville came out hot with a 12-2 run to start the game, however, it stopped with Ashley Guedry leading the way with 11 first quarter points out of the Lady Rebels’ 17.

Morgan Elie was able to add to the first half score as she put up 10 points in the first two periods.

The Lady Indians only managed 6 first quarter points but managed to cut the deficit to 28-15 score at the end of the first half.

Pineville started off the second half just like the first, on fire. A 15-4 run ended the third quarter as the Lady Rebels extended their lead.

Entering the fourth quarter, the Lady Rebels held a 20 point advantage and was able to stave off a last-minute attack from Tioga to seal the victory.

“We gotta keep it going. It’s a rivalry game no matter who’s here and who’s not,” said Wenslow. “The girls know that they have it on their back (winning streak) and have something to prove.”

Pineville opens district play on Friday against Ouachita Parish. The Lady Rebels look for their first win in the series since 2014-2015 season.