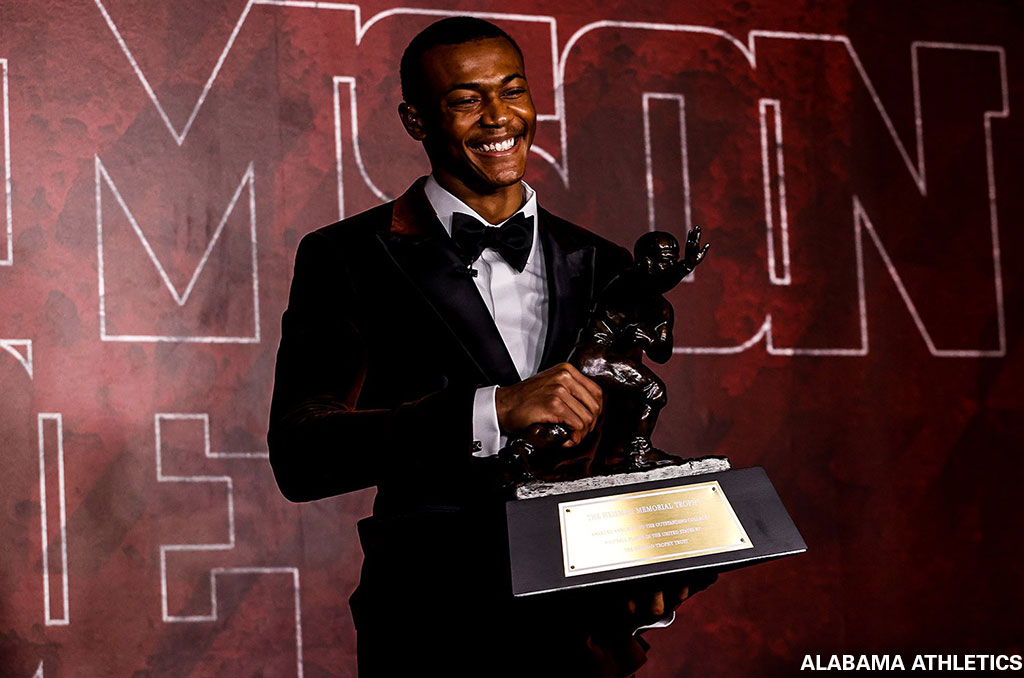 Smith, a native of Amite, joined John David Crow (1957) and Billy Cannon (1959) as the only LHSAA alumni to earn college football’s most prestigious award.

He is also the first wide receiver in 30 years to be named as the Heisman winner. The last to do so was ESPN College Gameday analyst and former Michigan standout Desmond Howard, who won the award in 1991. Smith joins running backs Mark Ingram (2009) and Derrick Henry (2015) as the third player in Alabama history to win the Heisman Trophy.

College football took notice of Smith during Alabama’s 2021 College Football Playoff Semifinal at the Rose Bowl Game against Notre Dame. He was named Offensive Player of the Game after having caught seven passes for 130 yards, tying the Rose Bowl record and setting the Alabama bowl mark with three receiving touchdowns.

Smith was a five-star wide receiver prospect at Amite High School. He led his Amite team, coached by Zephaniah Powell, to the Class 3A state championship game and earned Most Outstanding Player in the 2016 LHSAA Class 3A state football championship game. He was named to the Class 3A All-State team from the Louisiana Sports Writers Association (LSWA) and was also named All-District 7-3A.

Awarded since 1935, the Heisman Memorial Trophy annually recognizes the outstanding college football player whose performance best exhibits the pursuit of excellence with integrity. The winners of the trophy epitomize great ability combined with diligence, perseverance, and hard work.