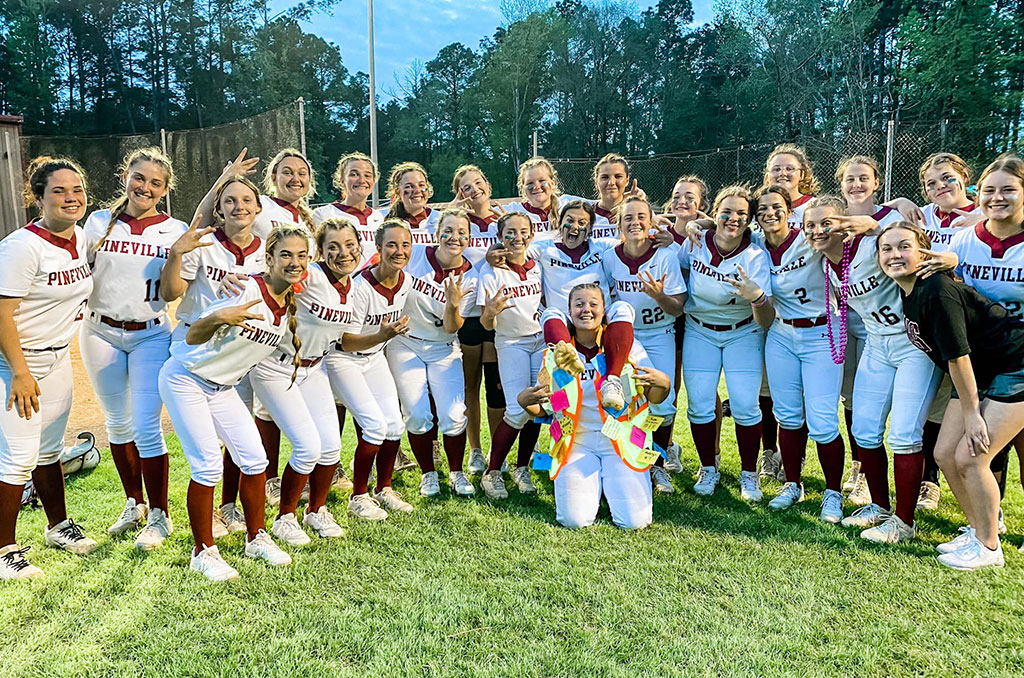 For the first time since 2001, the Lady Rebels were ranked in a national poll as they debuted at No. 13 in the latest edition of the USA TODAY Sports/NFCA High School Super 25 Poll.

“This is a really special group,” said Frye. “They’re mature ballplayers who strive to be the best at everything they do. They’re confident, competitive, and hold each other accountable. The National Ranking is an honor and we’ve been enjoying every bit of this season.”

The ranking arrives on the heels of a 12-game win streak as Pineville has built an impressive resume with wins against teams such as North DeSoto, West Monroe, Many, Calvary Baptist and Natchitoches Central. Following Thursday’s victory over West Ouachita, the Lady Rebels now sit at 25-1 on the season with a 7-1 mark in District 2-5A.

Just below Pineville sits John Curtis at No. 14 with a 23-2 record, having won 8 out of its last 10. The Lady Patriots currently sit atop the Division I playoff power rankings with a 33.04 rating.