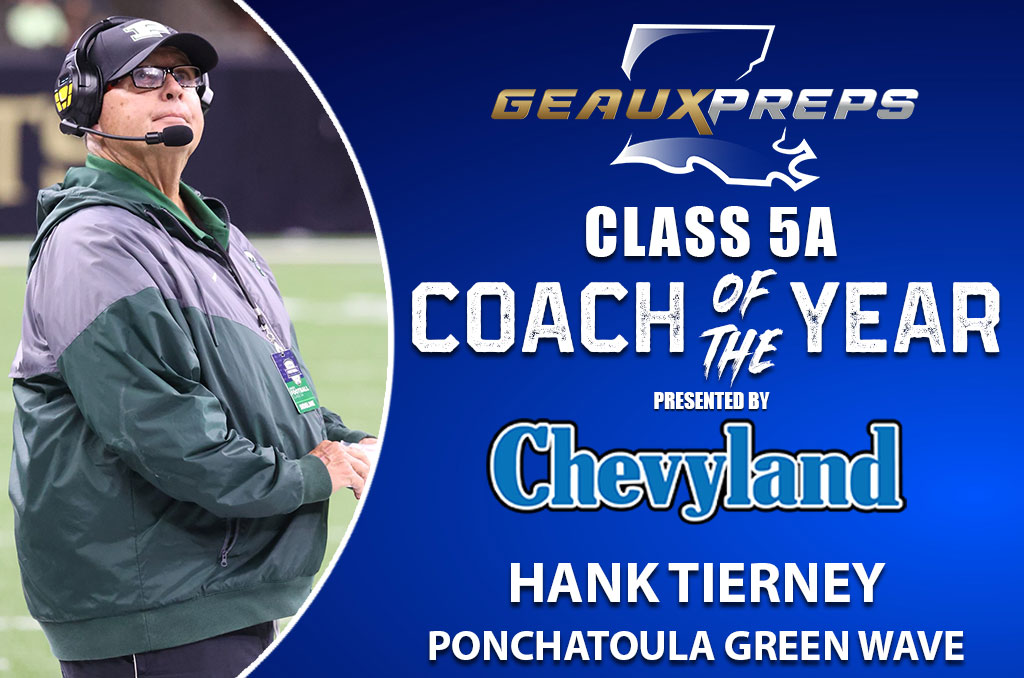 LAKE CHARLES – Hank Tierney’s legendary coaching journey was capped with a milestone victory as well as a trip to the state’s largest football classification state title game, earning him the distinction of the 2021 GeauxPreps.com Coach of the Year Presented By Chevyland for Class 5A.

The last time that Ponchatoula appeared in a state championship football contest Harry S. Truman had just entered a second term as President of the United States.

Over half a century crawled by before the Green Wave reaped the benefits of its hard work by advancing to the finals of a playoff bracket. Enter legendary football coach Hank Tierney.

In his 11th and final season with Ponchatoula, Tierney and the Green Wave endured multiple obstacles, including the cancellation of games in the first two weeks of the season due to Hurricane Ida. However, the veteran coach nor his squad were never fazed as they ran through the regular season opposition, surrendering only 51 points in eight games. As the No. 3 seed in the state’s highest classification, Ponchatoula marched into the depths of the state playoffs where its journey culminated with an appearance in the Class 5A state championship and a final record of 12-1.

Among the highlights of the Green Wave’s magical season was a hard-fought semifinal victory over defending state champion Acadiana to earn a berth into the school’s first state title game since 1951 plus Tierney’s 300th career victory. Tierney became just the ninth Louisiana high school football coach to win 300 or more games during his career.