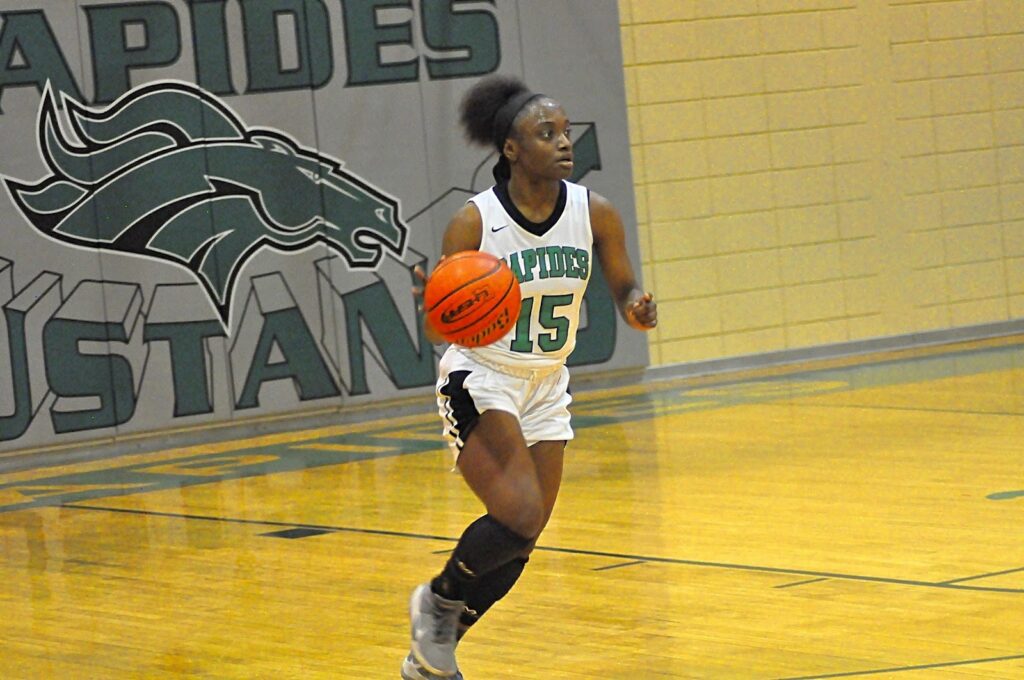 The two teams have faced off 15 times since 2012 with the Lady Mustangs having won all previous meetings. The win improved Rapides’ record to 9-12 overall and 3-2 in district while Bunkie dropped to 11-4 and 2-3 in district action.

The first quarter was all speed for these Lady Mustangs finishing on a 11-2 run, however the action was just beginning.

Bunkie struggled to reach the net having only notched two first-quarter points but nothing stopped the visiting squad from coming back.

Bunkie managed 18 points in the second quarter, 12 of which were from freshman star Carlesia Fields who scored 30 of the Lady Panthers’ 47.

Rapides held off the first half comeback and went into the half holding a 27-20 lead.

The entire night was a back-and-forth contest between these two district foes but Rapides never gave up more than a three point lead over Bunkie.

The Lady Panthers only managed to score 24 second-half points and it wasn’t enough to break their losing streak against the Rapides.

The Lady Mustangs were led by C. Mitchell double-digit scoring effort with 25 points on the evening.

“It was a good win because Bunkie hadn’t beat us in a long long time and we didn’t want tonight to be the first time in over 10 years,” said Henderson “We got to clean a lot of stuff up. We have to do a better job of rebounding and do a lot more things fundamentally sound.”

To move forward and get better Henderson said one word, “rebounding”.

“Rebounding is our biggest weakness and we preach it everyday. If we don’t rebound we’re not going to beat any good teams.”

He plans to continue to teach his girls the fundamentals, but as of now, this win streak was good enough for him tonight.

Rapide’s next scheduled contest is a district game Friday at Avoyelles Charter.