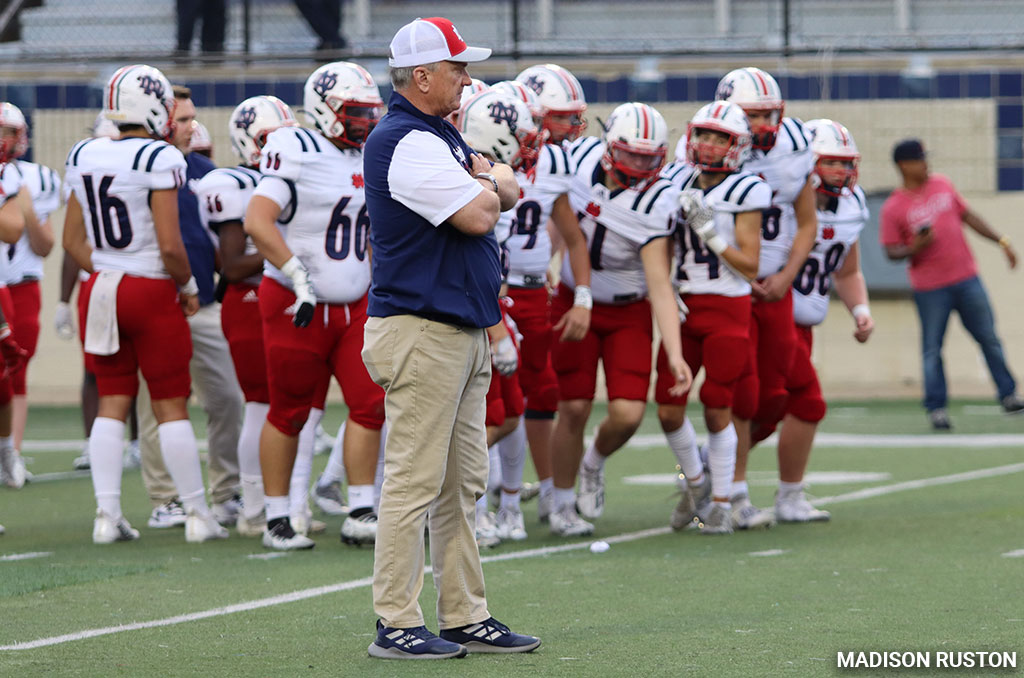 Records are meant to be broken and that’s just what’s happening in Stonewall.

North DeSoto has been on a roll through the first half of the season. With an offense in the top five in the state in points scored and averaging 47 points per game along with a dominating defense that causes absolute havoc on opposing offenses, the Griffins are looking like one of the toughest teams in the state.

There have been lots of talks going on that this could be the year the Griffins finally make a state championship run.

“In order to go somewhere you’ve never been, you have to do something you’ve never done,” head coach Dennis Dunn said.

And that’s exactly what the boys in Stonewall did.

This past Friday, with their win over the Woodlawn Knights, North DeSoto remained perfect on the season advancing to a 6-0 record. This is something that’s never been accomplished in North DeSoto football history.

This may seem like a small accomplishment to some, but early-season success hasn’t come easy the past three seasons for the Griffins. The past three years have all started with a record of 0-4. They have always managed to win enough games in the later part of the season to make playoffs, but the rocky start is something they knew they had to change. A guy who has been through all the ups and downs in Stonewall is senior wide receiver Sam Odom.

“The biggest difference I’ve seen this year from in years past is how bought in everyone is to the goals we set as a team and how selfless everyone is,” said Odom. “We all want to do what’s best for the team. I think it’s the reason for our success this year. That’s something we haven’t had in the past.”

They currently have a 3-0 record in district play. This may be surprising to some people, considering they were picked to only finish fourth in the district in the preseason rankings. When asked if they felt disrespected by those rankings Odom had this to say.

“I’d be lying to you if I said it didn’t cross our minds, but I don’t think it was necessarily a disrespectful thing. We took it as we have to work hard and prepare every week at a high level and we knew as a team the goals we set were still all right in front of us. We know every week, especially in a tough district like ours, we have to bring our best every week because you’re gonna get everyone else’s best.”

The three teams picked to finish ahead of them were Northwood, Huntington, and Evangel. The ironic thing is three of the last four regular season games for North DeSoto are those three teams.

With all the hype of being undefeated and a possible state championship run, it’s important the team stays focused and doesn’t get caught up in the hype. Odom feels the Griffins are prepared to handle the pressure.

“I think it’s always a good thing if you have pressure, but I think we’ve done a good job this year of focusing on the opponent we have each week and not looking ahead to a certain team. We know if we don’t play to our standard of football every week we know any team could beat us at any time. We just have a mindset of going 1-0 each week.”

Everyone is buying into what is going on in Stonewall. Something special is being built with all the success that’s happening.

The Griffins hope to finish out the season on a high note with only four games remaining. With three of the remaining games taking place in at home, it will be a tough road through Stonewall for any team hoping to derail the Griffins’ current success.