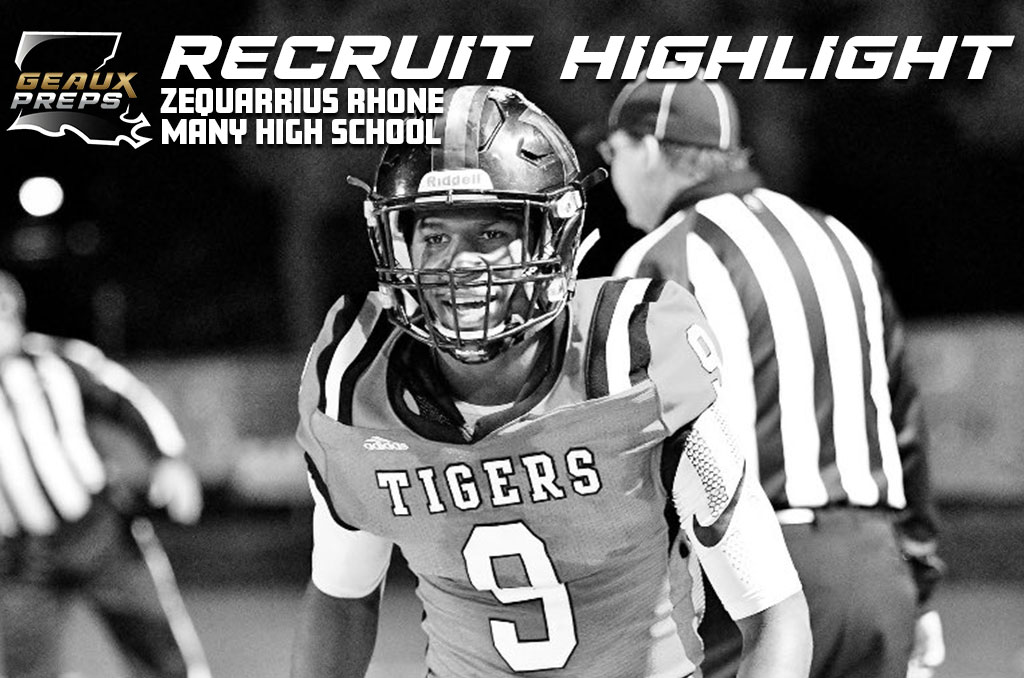 Check out Rhone’s highlight’s via his Hudl profile: CLICK HERE

Zequarrius “Cadillac” Rhone is a 6’1, 180 pound quarterback from Many, LA.

The Class of 2021 prospect attends Many High School and enters his senior season with high hopes for another successful season. He helped lead his team to an appearance in last year’s Class 2A State Championship game and finished with 1,620 passing yards and 13 touchdowns.

GeauxPreps caught up with “Cadillac” for a Q&A session asking about the recruiting process, his goals for 2020, biggest influences and more!

How has the recruitment process been during the COVID-19 pandemic?

You have received several impressive offers from various FBS programs such as Navy, Air Force and New Mexico. How has each program specifically promoted their brand and is there something that has stood out to you so far?

They all have been welcoming and want me to join their brotherhood. They have great coaching staffs and great campuses.

You have also received a few offers from in-state schools at both the FBS and FCS levels. Who have you been most impressed with so far?

All schools have impressed me with showing me that they want me so I can’t really say who has impressed me the most.

What are your personal goals for the 2020 football season? How will accomplishing those goals help the overall team goals?

My goals for the season are to improve our passing game and shut down offenses. This will lead us to bringing home the state championship which is the ultimate goal.

The Many Tigers fell short in the Class 2A State Championship last season. What lessons were learned in that game that you can apply in 2020?

When you get punched in the mouth you have to respond and come back harder than ever.

Who are some of your biggest influences both on the field and in everyday life?

My parents are my biggest influencers because they showed me that when you work for what you want you will get it and all they know is work.

My game is based on physical toughness, mental toughness and leadership. My mentality on the field is “kill or be killed.” Off the field it’s leadership in my community so younger kids can have hope.

What is one thing that most people don’t know about you?

I am a really good athlete I can play multiple positions.