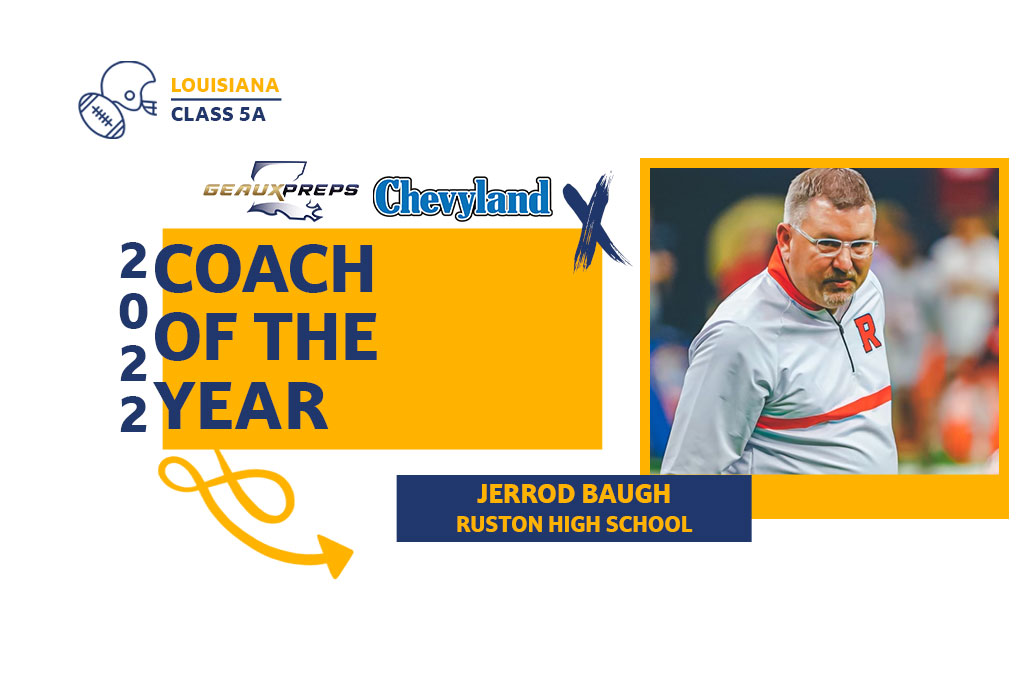 LAKE CHARLES – Following a year chocked full of memorable milestones, upsets and championship-level play, Ruston’s Jerrod Baugh has been named the GeauxPreps.com Coach of the Year Presented By Chevyland for Class 5A

It seemed that this was the year Ruston had the right tools to make it all the way as Baugh put together one of the most competitive regular season schedules in the Southern region. Each week was a stepping stone to a bigger game to cement their belonging in the conversation of one of the best in Louisiana. With victories over Jesuit, Cabot, Ark., Lafayette Christian and Neville, Ruston was determined to claim its first district title in over 30 years but needed to step over one more stone.

In a 35-17 victory over West Monroe, the Bearcats took home the District 2-5A in its first win over the Rebels in more than 30 years. With those hurdles cleared, the next step was to make it past the quarterfinal round, a feat not accomplished by a Ruston team since 1999. A 49-31 win over Denham Springs put those doubts to bed and and 37-22 win over Zachary in the semifinals punched Ruston’s ticket to the Caesars Superdome, its first since 1998.

Despite a tough loss to Destrehan in the Non-Select Division I state title game, Ruston held the Bearcats to its lowest scoring effort of the season at 17 points.