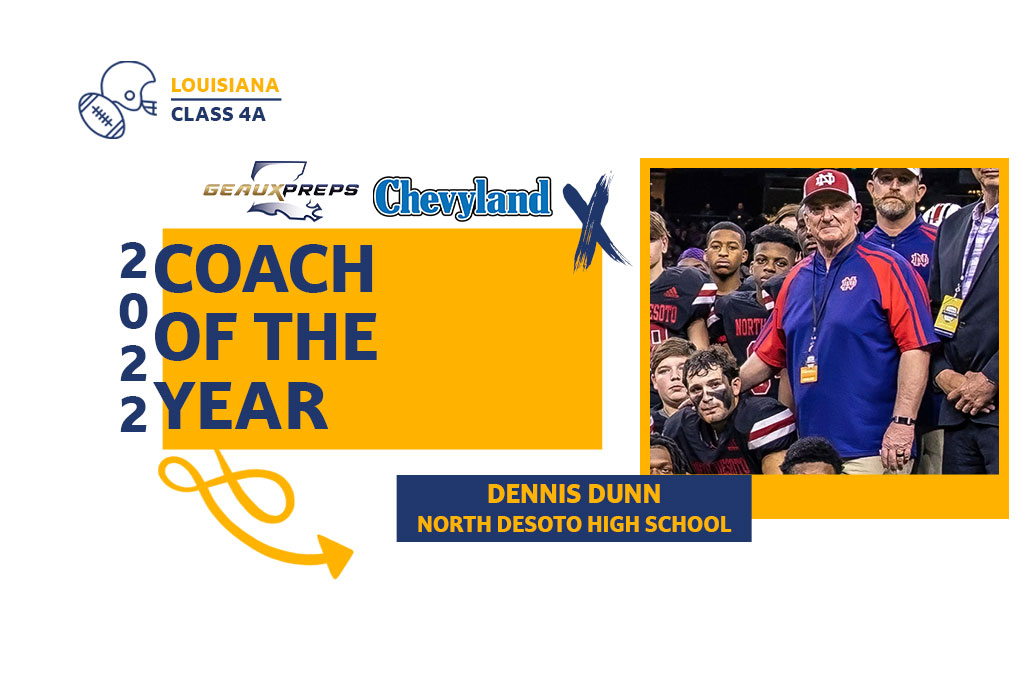 LAKE CHARLES – An historic season capped by the school’s first trip to the state finals earned North DeSoto’s Dennis Dunn the GeauxPreps.com Coach of the Year Presented By Chevyland for Class 4A

In his fourth year, Dunn led the Griffins to a 12-2 season filled with record-setting milestones as well as an impressive run through the postseason to help the Stonewall community school reach its first state championship game. The veteran coach became just the 28th coach in the history of Louisiana high school football to reach a title game with two different schools, joining the likes of Lee Hedges, Lewis Cook, Jim Hightower, Frank Monica and Don Shows.

In one of the most unique situations in state history, Dunn reached the title game with a freshman quarterback in Luke Delafield who helped North DeSoto average 43 points per game and over 5,500 yards of total offense in its most successful season in school history. Whether it was through the air or on the ground, the Griffins succeeded in all phases while the defense limited its opposition to single-digit scoring in five games.

This year’s title appearance was Dunn’s 11th overall after leading Evangel Christian to nine state championships and a runner-up during the 1990s and 2000s.