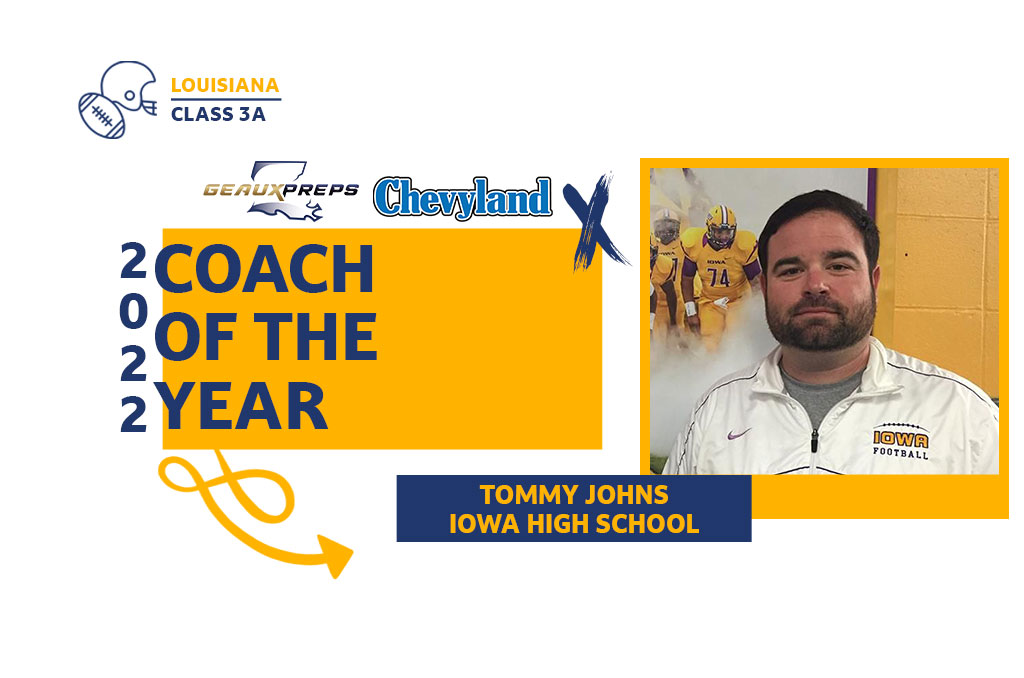 LAKE CHARLES – After leading Iowa to a second consecutive 10-win season and the school’s first semifinal appearance, coach Tommy Johns has been named the GeauxPreps.com Coach of the Year Presented By Chevyland for Class 3A

In his five years at the helm of the Yellow Jacket program, Johns has posted a 40-21 record, including three seasons with double-digit victories as well as three consecutive playoff appearances.

Despite a loss in the third week of the 2022 season, Iowa marched to seven consecutive victories to finish the regular season as District 3-3A champion and garnered the No. 1 seed in a newly-reformatted Non-Select Division II bracket. The Yellow Jackets defeated Abbeville in the second round and avenged its early season loss in the next round against Leesville before falling to eventual state runner-up North DeSoto in the semifinals.