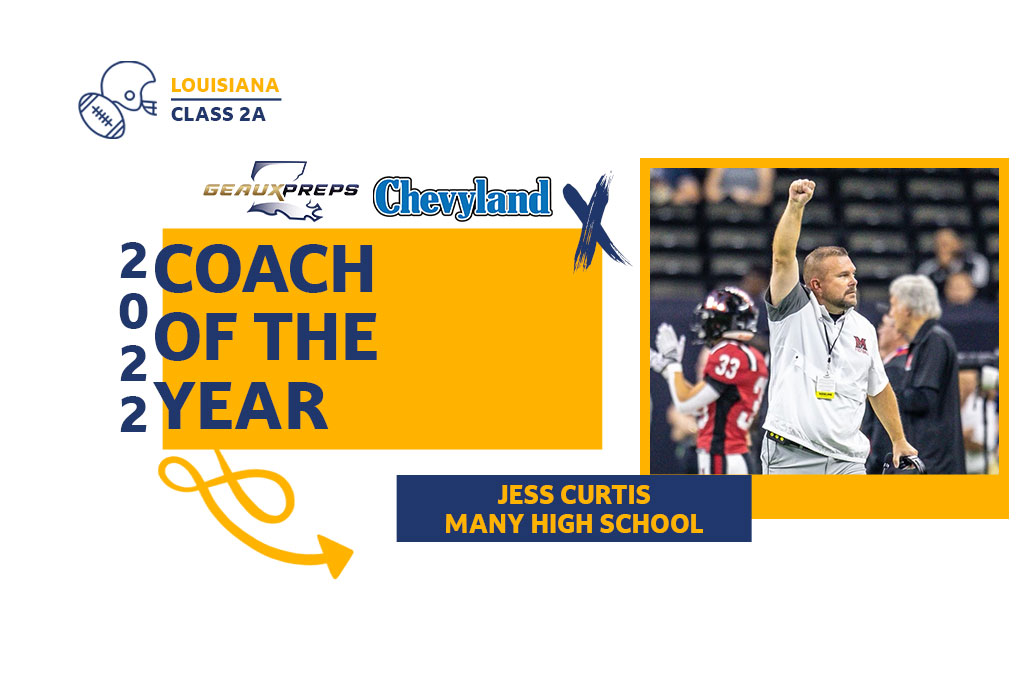 LAKE CHARLES – After leading his football team to an undefeated season capped by a state title victory, Many’s Jess Curtis has been named the GeauxPreps.com Coach of the Year Presented By Chevyland for Class 2A.

The Tigers were one of only two high school football teams across the state to finish without a blemish on their record as they surged past some of the toughest competition to claim their second state championship in three years.

Curtis led his Many squad to the Prep Classic for a fourth consecutive season after dominating the opposition with regular season victories against higher-classified programs such as Sam Houston and Haughton while taking down an Arch Newman-led Newman. The Tigers swept through district play as well with three shutouts in five league contests.

In the Non-Select Division III playoffs, Many took down Richwood (21-0), Rosepine (14-7) and St. James (32-13) to advance to a much-anticipated state title game with Union Parish, led by Trey Holly. The Tiger defense dominated while Tackett Curtis engineered an offensive attack that help secure the gold for his team in a 35-13 victory.