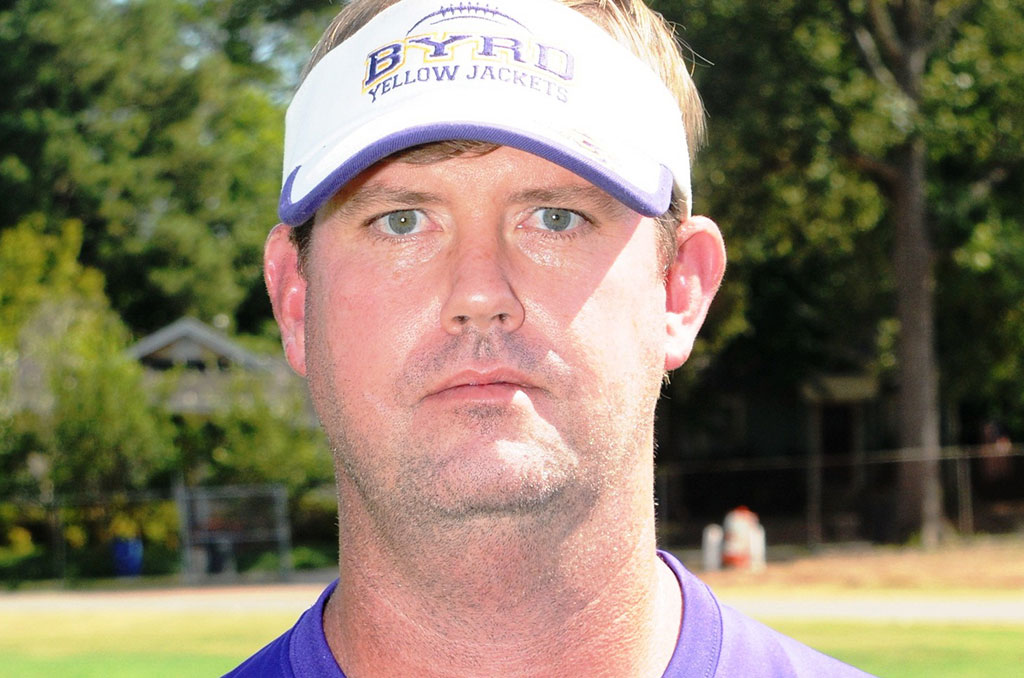 SHREVEPORT – For the first time in over two decades, C.E. Byrd High School will have a new head football coach patrolling the sidelines in the fall.

It’s an honor to be selected as the next head football coach at Byrd,” said Ballew. “I’m excited about our future and continuing the tradition of developing and molding kids into great young men.”

The transition from an assistant to head coach will be different but one of ease for Ballew who has been on staff at Byrd since 2002. The former Yellow Jacket player has served as the program’s defensive coordinator and was essential in leading the team to Division I state championship appearances in 2013 and 2020.

Ballew started his coaching career on the Byrd sidelines where he served as an assistant for four seasons before taking a job at Granbury High School in 2001.

In other coaching news around the state, Matt Middleton moves over to Cedar Creek as head coach after in the same position at West Ouachita the last few years. Buster Duplissey stepped down at Caldwell Parish and named Spartan defensive coordinator Jimmy Sampson as his replacement.

Vinnie Bullara was promoted to head coach at Catholic-PC following the departure of David Simoneaux, who took over the head job at Catholic-BC. Eric Holdon replaces Doug Dotson at Comeaux while Kyron Benoit moved up to the head coaching role at Crowley.

St. Michael head coach Joey Sanchez stepped down and moved over to Walker High School where he will serve as athletic director. Offensive coordinator Zach Lege takes over the reins for the program starting the fall.

Breaux Bridge is currently interviewing candidates for its head coaching position while Westminster Academy is set to name a replacement during the coming week.