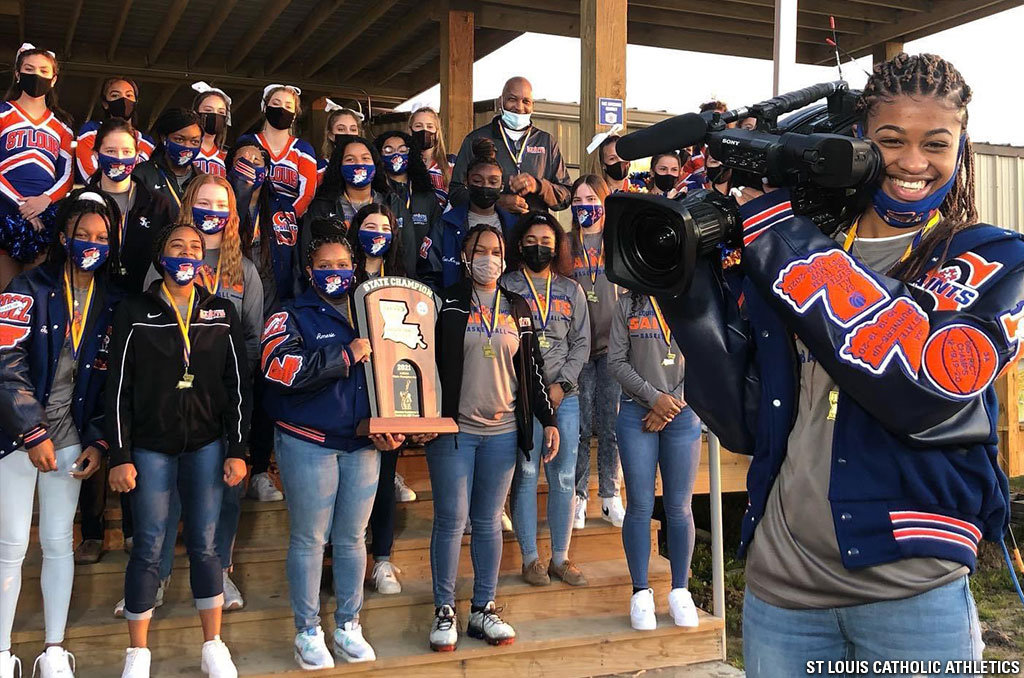 LAKE CHARLES – A promise made is a promise kept.

ABC’s Good Morning America co-host Robin Roberts made a promise back when visiting Lake Charles back in October, shortly after two hurricanes ravaged Southwest Louisiana, that if the St. Louis Catholic girls basketball squad won a state championship, she would make sure to let the country know what had been accomplished.

St. Louis did its part last Friday afternoon when the Saints defeated Liberty, 50-41, to capture the school’s first girls’ basketball title since 1989. It was announced shortly after that the school would be featured on the Monday edition of the national morning show.

With three other teams from across the area also winning state titles, it made the featured story even better. LaGrange, Lake Arthur and Fairview also capture state titles.

The LaGrange Lady Gators were also featured in the interview Monday morning with Roberts speaking with senior Jeriah Warren.

Roberts asked St. Louis player Myca Trail during the interview what it felt like to win the school’s first state title in over 30 years.

“It was so emotional and was relief for us,” said Trail. “It was like a boulder had been lifted off of us. We have been through so much and to go there for my third time felt great.”

Roberts is no stranger to the unique culture that Louisiana prides itself on. The tv personality played collegiate basketball at Southeastern Louisiana University in Hammond and has kept tabs on the Bayou State throughout her storied career.