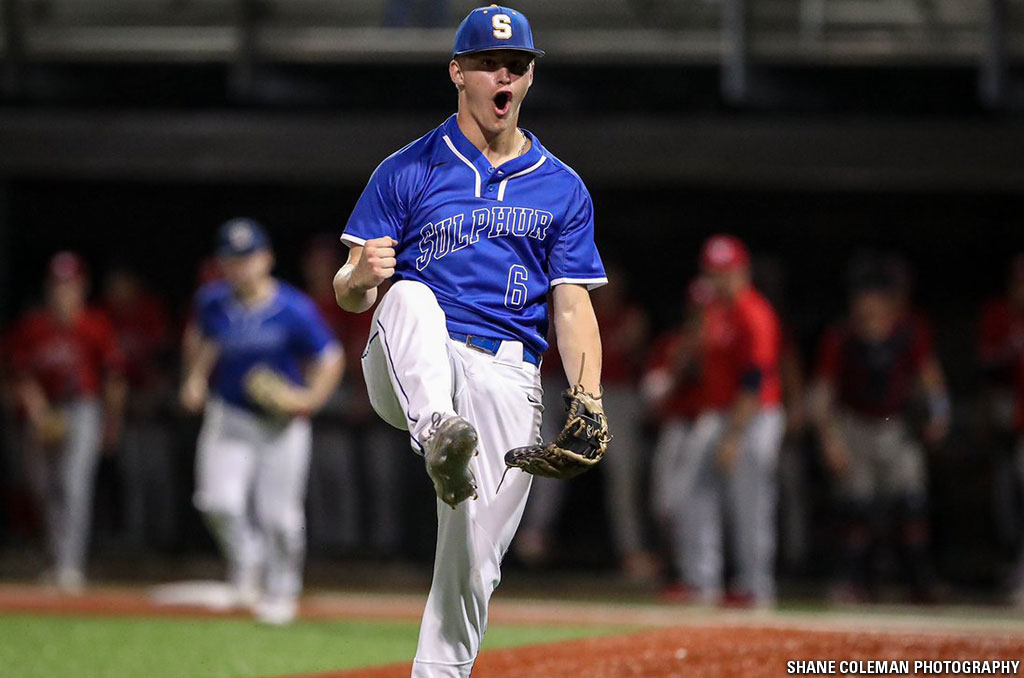 An exceptional pitching performance from Seth Cook was exactly what Grace Christian needed in addition to its offensive effort to turn in a season-opening victory on the road Monday night.

The sophomore right-hander picked up right from where he left off in 2021 as he struck out 17 batters in a six-inning, complete-game effort in the Warriors’ 13-1 win. It was the most strikeouts by a Grace Christian pitcher since the 2006 season.

As a freshman, Cook finished with a 6-0 pitching record.

• Sulphur began the season in exciting fashion as the Golden Tornadoes defeated defending Class 4A champion North Vermilion, 6-5. Centerfielder Jake Brown batted 3-for-3 with an RBI while first baseman Dillon Bird drove in three runs. John Touchet led in hits for the Patriots with two while Camden Breaux led with 2 RBI.

• Dunham opened the season in dramatic fashion as Tyler Fitch delivered a walk-off, home run in the bottom of the seventh. The bomb lifted the Tigers to a 5-3 win over Class 5A Walker. Fitch finished the game with two hits and two RBI.

• Austin Anderson worked 6.0 innings and allowed just three hits while striking out 11 batters in Haughton’s victory over 8-1 to being the 2022 season.

• Pineville’s Amahri Jackson lit up the scoreboard Monday night on a grand slam that helped lead Pineville to a 10-3 road win at Buckeye. The Rebels also received a home run from Chris Kelly, who drove in three runs in the process.

• Catholic-PC’s Andrew Jewell, Jake Leblanc, Connor Achee and Carter St. Romain each finished the season-opening contest with multi-hit efforts. All four combined for eight of the team’s 11 hits along with four doubles, a home run and seven RBI.