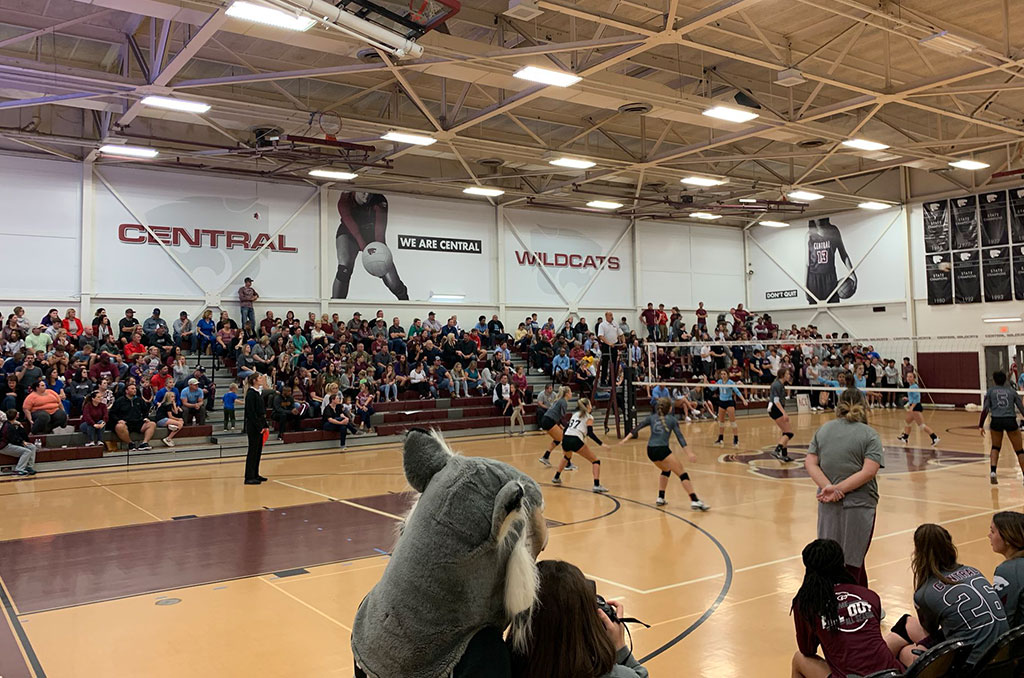 BATON ROUGE – Coach Michele LeBouef looks to continue a tradition of success as she enters her 10th season at the helm of the Central Lady Wildcats volleyball program. The veteran coach is determined to return to action and build on a strong 2019 season with the hopes of developing a strong defensive unit that will carry the Wildcats into battle and stifle its foes. A few months after being held hostage by CoVID-19, the Central Wildcats are ready to step onto the court and get to work.

The Wildcats’ returning core includes five returning lettermen who will bring experience and leadership that LeBouef hopes will complement the added potential of younger talent on the 2020 roster. Last season, Central went 27-13 overall and was 6-2 against district opposition. The Wildcats finished out the regular season on a strong run, winning eight of their last 10 matchups. The determination and strong work ethic late in the year helped earn Central a birth into the Allstate Sugar Bowl/LHSAA Volleyball State Tournament. A Top-10 seeded squad, the Wildcats finished its season in the Regional round of the playoffs after having shut out Barbe in first round play.

Junior libero Bailey Guerico, a 2019 all-district & all-metro selection, looks to have another strong season after recording 412 digs along with 66 assists, 58 aces and a 2.41 passing average. Guerico passed the 1,000 dig mark last season.

Giuliana Bossier looks to highlight the offensive prowess of Central’s squad this season after recording 506 assists, a team-high, in 2019. Bossier also recorded 151 digs as a junior last season.

Jaida Alvin is another player to watch this upcoming season. The sophomore Wildcat ended the season with 146 kills along with 17 blocks.

Madison Stephens, an honorable mention choice on the all-district team, returns this season as a player to watch on offense. The sophomore tallied 138 kills and 43 aces along with five blocks and 11 assists in 2019 and recorded the second most digs on the squad (306).

Dunham – The Wildcats look to avenge an early season loss from 2019 to Dunham when it hits the court this season in 2020. The Dunham squad, who were quarterfinalists last season, took down Central in four sets but did not walk away without a close battle. The Wildcats hope to make a mark on the new season with an important victory against a cross-town foe.

Baton Rouge High – District rivalry games are always important to a program and to a community. Rivalry games against teams from the same city are a little more important. Central hopes build on a strong pair of sweeps over a Baton Rouge squad who advanced to the playoffs last season.

Lutcher – This matchup will bring the best out in both squads as Central looks for an important victory over Lutcher, who finished as a quarterfinalist in the Division III tourney last season. The Wildcats’ will look to bounce back and upend Lutcher, who defeated Central last season.

Parkview Baptist – As always, when you are going up against a squad from the same town, there is more than a victory at stake. A sense of pride always comes out when you take on a cross-town foe and that is exactly the type of atmosphere to expect when Central faces off against Parkview Baptist. The Wildcats defeated a strong Parkview squad in the 2019 season opener. The five-set thriller helped Central start off 4-0 on the season while the Eagles eventually advanced the semi-finals of the Division IV playoffs.