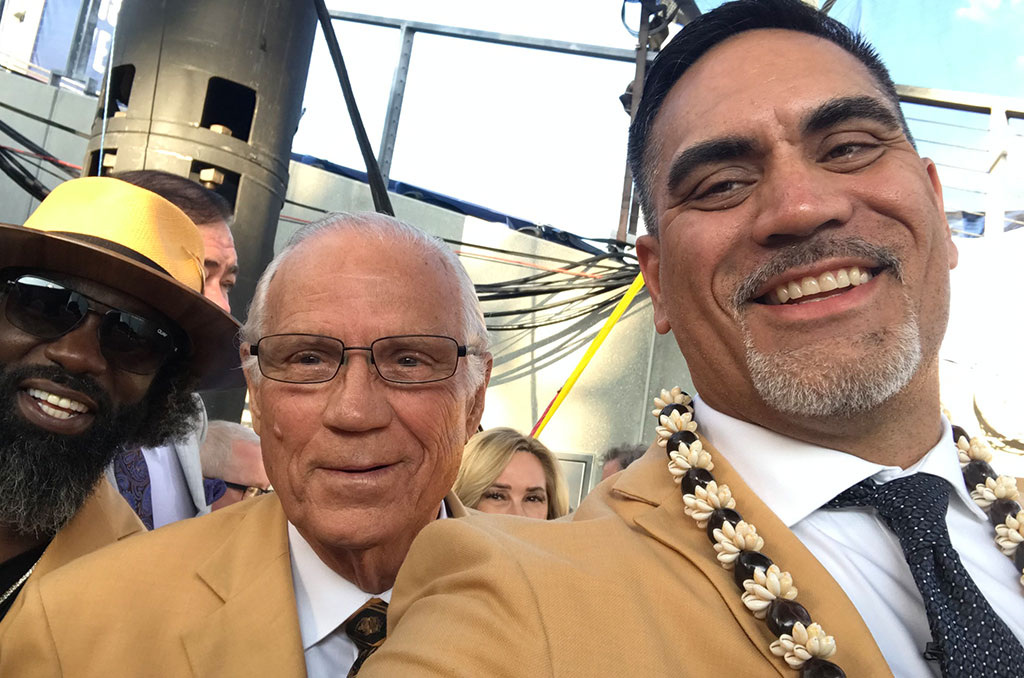 When it comes to the big three – football, basketball and baseball – this state has ‘em in droves.

And our legends, in all sports, stack up very impressively not only in quantity, but quality, when we look outside our borders. That’s how the editors of Sports Illustrated saw it two decades ago, when they were pulling together state-by-state lists of homegrown sports figures to celebrate the new millennium.

As they compiled rosters of each state’s 50 top sports heroes, the SI editors kept coming back to Louisiana to supplement other lesser-accomplished areas. Not to pick on any state, but, for example, South Carolina. SI’s editors plucked Pistol Pete Maravich from Louisiana, where he became the greatest scorer in major college basketball history at LSU and set the basketball world on its collective ear with his unprecedented array of skill and style, and settled him atop South Carolina’s top 50, which to that point was topped by 1980 Heisman Trophy winner George Rogers.

“Well, Maravich played high school ball in South Carolina,” said apolgetic editor Mike McKenzie, “and honestly, they need him on their list. Only a few recognizable names on there.”

LSU basketball took a hit. Dale Brown was shifted to North Dakota. LSU’s legendary basketball coach, second only on the Southeastern Conference hoops wins list to Adolph Rupp of Kentucky, did nothing nationally noteworthy as a young athlete in his hometown of Minot, but … you get the drift. They needed him in the Flickertail State (not a joke).

Those migrations led the editors into another unplanned ranking. They decided to rate the 50 states in sports firepower. Who had the brightest stars?

Next: The Boot. The Bayou State. The Sportsman’s Paradise. Weezyanna. The Pelican State.

Home of Mardi Gras (OK, Mobile, you were first, but we do it best!). Jazz capital of the U-S-A/Earth.

Those are two more areas where Louisiana has top billing, along with gumbo, etouffee, boudin, jambalaya and chicory coffee, to name some pleasing to the palate.

As glorious as those distinctions are, they’re not universal. Oh, surely a good gumbo is wonderful cooked up in Bangkok or Berlin as well as (duh!) Baton Rouge, but you’re gonna have to find the needle in a big haystack to get gumbo in Thailand or Germany.

Sports are. They’re played on every continent, in every country, in every community. And sports in Louisiana is as good as it gets.

It’s unfair to our peers, when it comes to population. The Boot had 4.43 million residents as of the 2010 census, smack dab in the middle of the 50 United States, standing 25th of 50.

We were sandwiched by (ahead of us 20-24) Wisconsin, Minnesota, Colorado, Alabama, and the aforementioned South Carolina, on top of (26-30) Kentucky, Oregon, Oklahoma, Connecticut and Iowa.

That’s not quite the same as LeBron being on the local outdoor court surrounded by the fellas, but … when it comes to producing sports superstars, it pretty much is.

Until the coronavirus converted ESPN’s SportsCenter into flashbacks, debates, and pro sports labor union coverage, you could see Louisiana constantly in the highlight packages, no matter what the season. Pro Bowlers, MLB All-Stars, NBA sharpshooters and glass eaters, our guys fill those shoes.

Boys from The Boot, current edition:

That’s just three active star clusters, of many more, whose Louisiana roots are firm. Being the sports nut you are, you probably can name plenty others without going to Google.

We didn’t even tap into the Saints and Pelicans rosters for Drew Brees and Zion Williamson, or their teammates, but we could. Zion has played as long in New Orleans as he did at Duke, after all.

He hasn’t been here long enough – yet (fingers and toes crossed) to qualify for the Louisiana Sports Hall of Fame. Ben Simmons wasn’t. It takes a pro five years, a college kid two, or a high school career capped by graduation for an athlete to fit eligibility requirements for the state sports shrine in Natchitoches.

Brees, for example, is a lock for LSHOF induction when he becomes eligible three years after he retires. Let’s hope it’s not too soon.

When the NFL’s all-time most prolific passer makes his way for the annual (and until this year, always) summer Induction Celebration at the end of June, he’ll bolster a roster that stands tall among any state’s list of sports greats.

Just last summer, in the span of a few weeks from July 20 to Sept. 7, LSHOF members were added to the ultimate rolls in their sports. Cooperstown opened its doors to Castor native Lee Smith. Two weekends later, Kevin Mawae, Ed Reed and Johnny Robinson were among the eight Pro Football Hall of Fame class of 2019. A month afterward, Lady Techster legend Teresa Weatherspoon joined the Basketball Hall of Fame.

No surprise that the College Football Hall of Fame has the biggest bunch of LSHOF alumni, 40, including Heisman Trophy winners Billy Cannon (Baton Rouge, LSU) and John David Crow (Springhill). Joe Burrow will join those ranks in time, and by then, it’s reasonable to expect Louisiana’s delegation in Atlanta to be at least half a hundred, slightly more than the 48.4 points per game Burrow and company averaged last fall.

How stout are sports in the Boot? The ballot for the 2020 LSHOF class had 150 nominees from 31 different sports categories. Roughly 20 more nominees were considered and not advanced to the main ballot by the selection committee’s nominations panel.

So far, no nominees have come from curling, or hockey. There’s a NASCAR pit crew boss under consideration, and a collegiate lacrosse legend from Alexandria is on the ballot. Pro anglers (Rayne’s Jack Hains) and rodeo cowboys (T. Berry Porter of Leesville) have entered the LSHOF recently. Take a deeper dive at LaSportsHall.com.

When you do, you’ll be reassured. Louisiana has as many stars in the sports skyline as any state, and more coming over the horizon, in waves. You get to watch, and cheer, as they do.