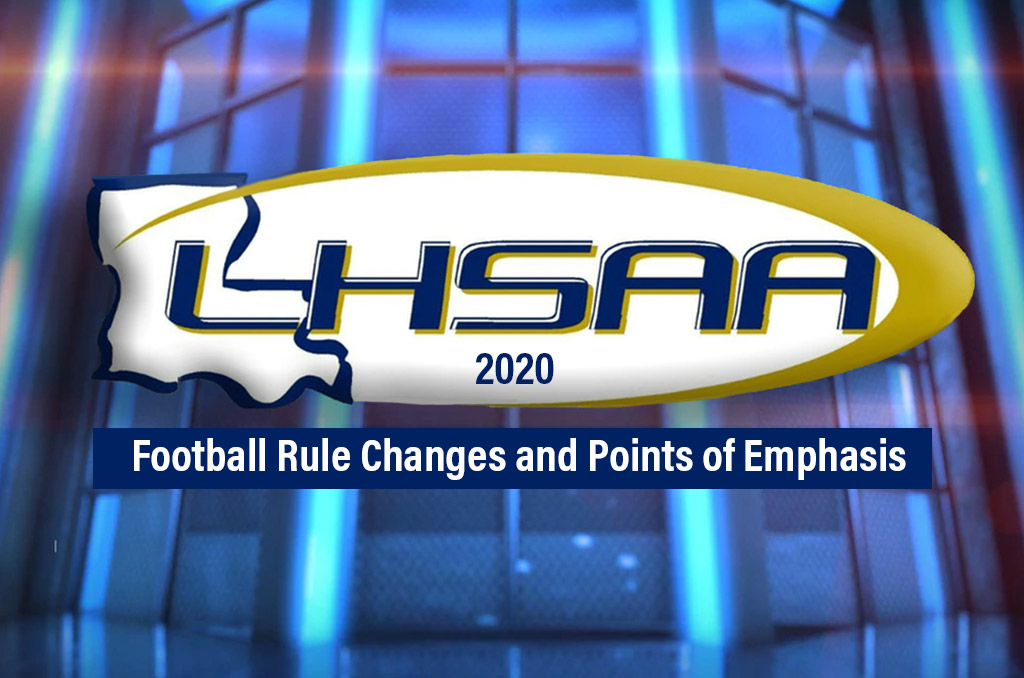 I am sure each of you are like myself and ready for the 2020 high school football season to get here.  CHANGE will be the key word for the 2020 season as with the COVID19 restrictions in place, we will see changes with all groups of players, coaches, spirit groups and game officials.

Defining Team Designated Representative for Penalty Decisions — Prior to the game, the head coach will notify the referee of the designated representative (coach or player) who will make decisions regarding penalty acceptance or declination.

Halftime Intermission Option Following Weather Delay — The halftime intermission may be shortened by mutual agreement of opposing coaches if a weather delay occurs during the last three minutes of the second period.

40-Second Play Clock Clarification — To eliminate a potential timing advantage gained by the defensive team, the rules committee approved the play clock being set to 40 seconds when an officials’ time-out is taken for an injury to a defensive player or a defensive player has an equipment issue.

25-Second Play Clock Clarification — Following a legal kick when either team is awarded a new series, the play clock will be set to 25 seconds.

Spiking the Ball to Conserve Time — The exception to allow a player to conserve time by intentionally throwing the ball forward to the ground immediately after receiving the snap, has been expanded to include any player positioned directly behind the center. This exception now includes snaps that are not hand-to-hand.

This is a good time to get an understanding of the new rule changes and also a good time for anyone who would like to become a football official to join a local association.  Most association meetings begin the first part of July.  To get in contact with a local football association there is a new website where you can get information on becoming an official. Go to www.lhsaaref.com and click on the “become an official” tab where you can put in your contact information.