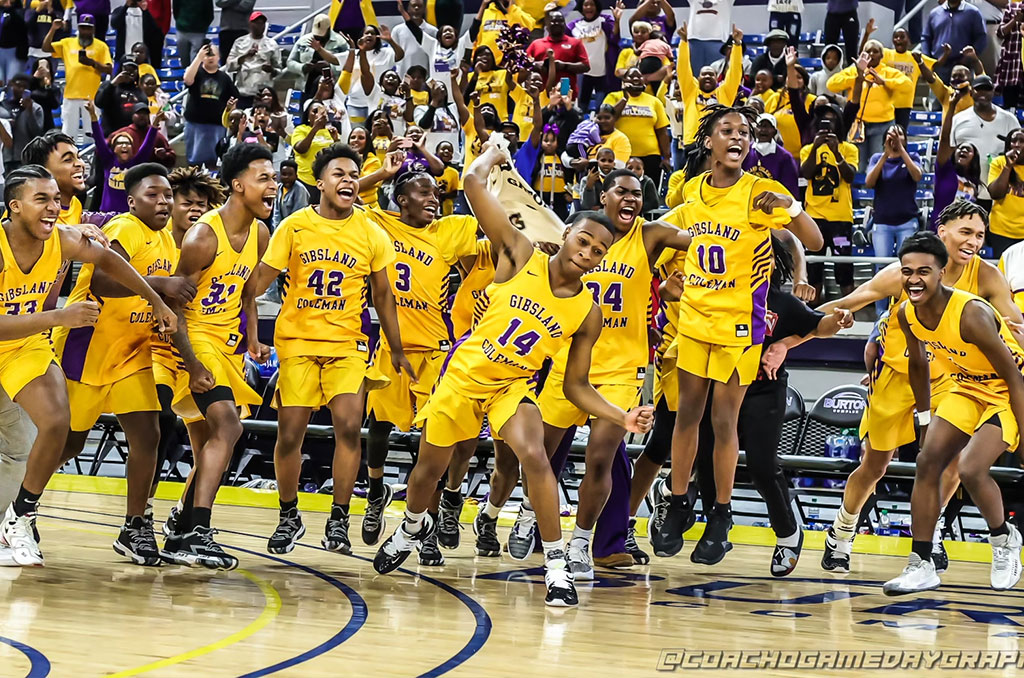 There was no denying North Central in Friday’s Class 1A State Championship as the Hurricanes used a second-half surge to overpower White Castle, 63-40, and earn the school its third state championship.

Both teams struggled from the field early combining for 35 missed shots in the first two quarters. White Castle got off to a strong 5-0 start until the Hurricanes took over with a 14-3 run that aided a 17-12 halftime lead.

Following intermission, the Hurricanes stepped onto the court and leveled up with a 24-11 third quarter performance to extend its lead while White Castle struggled from the field where no shots seemed to fall.

The Bulldogs scored 17 in the fourth quarter but North Central’s strong lead was enough to keep the Hurricanes at a distance and eventually led to a title win.

Reginald Stoner was named Most Outstanding Player following his strong performance for the Hurricanes. The senior finished with 23 points, five rebounds, three assists and seven steals on the evening. Devion Lavergne scored 22 points in the game and grabbed 10 boards along with four steals.

For White Castle, Jalan Washington led with 14 points and seven rebounds while Damian Pierce recorded a double-double with 11 points and 10 rebounds.

It was a tale of two halves Friday evening as the Gibsland-Coleman Bulldogs overcame a 21-point deficit and took home their first basketball state title since 1999.

Top-ranked Calvin took advantage of a Gibsland-Coleman team that came out with a ton of energy but shocked by the bright lights and went on a 22-2 run throughout the first two quarters and built a strong lead.

Senior forward Joseph Adams, who finished the game with 18 points, eight rebounds and seven steals, was the key factor in the first-half for the Cougars as he accounted for more than half of the points scored in that run.

With his team settled down and a halftime break to talk things over, Gibsland-Coleman coach Roger Jones was confident in his team and it showed as the Bulldogs used a 14 point effort in the third quarter that would eventually lead to a tie between the two squads.

Trading blows in the fourth had both fan bases on the edge of their seats as the championship came down to the last minute of the game. Fortunately, for the Bulldogs, turnovers would play in their favor as they were able to control the ball until the very end and clinch the state title.

The win was especially sweet for Jones who has now won a state title as a player and girls basketball coach at Pineview and now as a boys coach at Gibsland-Coleman.

Terrance James was named the Most Outstanding Player for the Bulldogs following a 20-point performance along with 15 points, five steals and four assists.

Simsboro did all the right things Friday night to earn the program’s seventh state basketball championship following a 67-44 win over Zwolle in the Class B title game.

The Tigers’ shooting performance highlighted the night shooting 50% from the field including eight three-point shots.

The Hawks trailed by two after the first quarter of play but the shooting went cold over the next 16 minutes. Zwolle scored only nine points in the middle quarters while Simsboro used a couple of huge runs to extend its lead by as much as 21 midway through third quarter.

Despite scoring 25 points in the final quarter, Zwolle trailed by too many to catch up and in the end Simsboro did just enough to claim its second consecutive title.

Chiladryian Newton scored a game-high 21 points for the Tigers along with three rebounds and two steals.