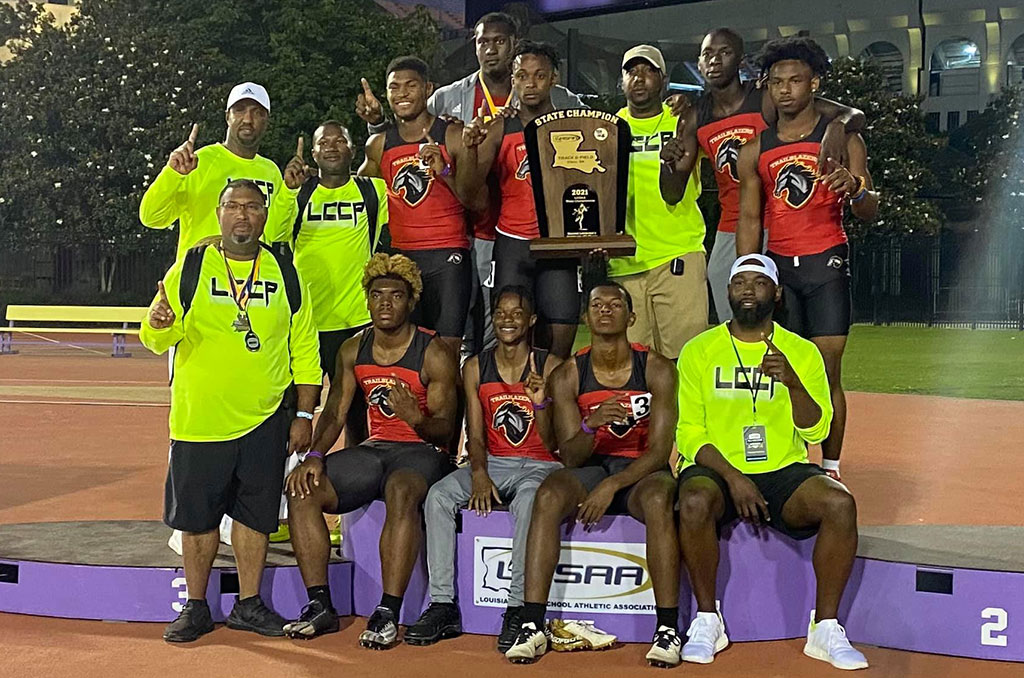 DAY TWO RESULTS (CLASSES 2A and 3A)

BATON ROUGE — The LHSAA Track and Field championships continued Friday afternoon with Classes 2A and 3A competing at the Bernie Moore Track Complex on the campus of LSU.

A pair of champions were crowned in the Class 3A boys’ division as Lake Charles College Prep and Madison Prep each scored 60 points. It was the first state championship for the Trailblazers who took home first-place finishes in the 4×200 and Discus.

On the girls side, St. Louis Catholic dominated with 116 total points while runner-up E.D. White finished with 66. The Saints put on a clinic having won four gold medals and six silver medals.

Episcopal walked away with state championships in both the boys and girls divisions on Friday. On the boys’ side, the Knights scored 90 points while Port Allen came in second with 53.

The girls were dominant in their division having totaled 120 points, well ahead of Newman’s 79 points.