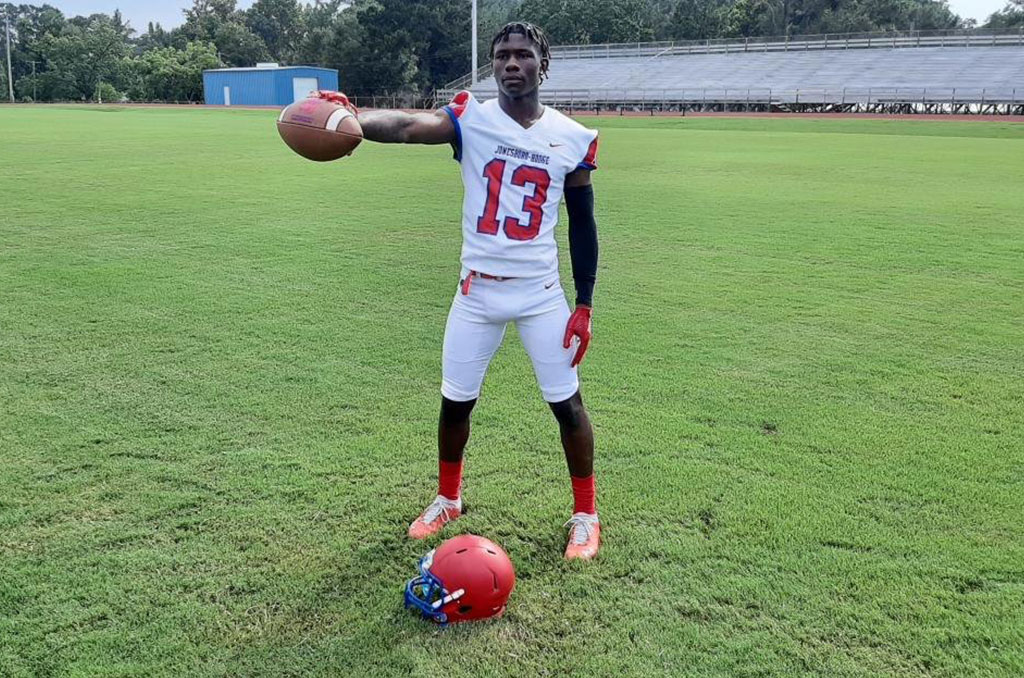 Our summer recruit spotlight continues with a defensive back who took the state by storm last season with as Jonesboro-Hodge’s Xavier Atkins became a force on defense for the Tigers. With a 6’1 frame and 190 pounds of pure muscle, the Missouri commitment is expected to draw more attention as travels down the recruiting trail.

As a sophomore, Atkins led the state in tackles with 219 along with 10 sacks in 13 games as he helped lead his team to a semifinal appearance. For his efforts on the field, Atkins was named to the LSWA Class 2A all-state team and also took home district MVP honors.

In addition to his commitment to Missouri, Atkins has picked up offers from other Division I programs along the way, including Tennessee, Oklahoma State, Louisiana Tech and Grambling.

He is scheduled to make an official visit to Tennessee later this summer.

GeauxPreps.com caught up with Atkins for a Q&A session asking about the recruiting process, his goals for 2022, his biggest influences and more!

What are some things that you have worked on during the offseason that helped you prepare for this season?

I have been focusing on getting my weight up because I have grown a lot since last year and also getting my hips right.

What are your personal goals for the 2022 football season? How will accomplishing those goals help the overall team goals?

Leading the country in tackles and the team winning a state title and also having a fantastic season!

You caught fire as a sophomore last season with a state-best 219 tackles and 10 sacks in 13 games. How did it feel to rank among the best defensive skill players in Louisiana?

It felt great to be ranked among the top players in Louisiana because it shows who is the best and who works hard for what they want so it’s felt really great.

You recently committed to Missouri. What was it about the program that attracted your attention?

Coach Blake (Baker) and the way he is going to change Missouri’s culture up there! He can get some of the best of the best in Louisiana like me and more. We can help change the culture of Missouri football.

Which member of the Missouri staff have you connected with the most and why?

Coach Blake at the moment because he was the one to offer me but I will be connecting with more of the staff once September 1st comes.

You recently attended camp at LSU and made a visit. What impressed you the most about your time spent there?

I was 100% impressed! I know that they are interested in me and I like what they are doing down there at LSU… just amazing!

Who are some of your biggest influences both on the field and in everyday life?

On the field, it’s my little brother’s. I want them to have the best life possible and I can make that happen for them!

What is one thing that most people don’t know about you?

I’m a caring person and try to help anybody I can.