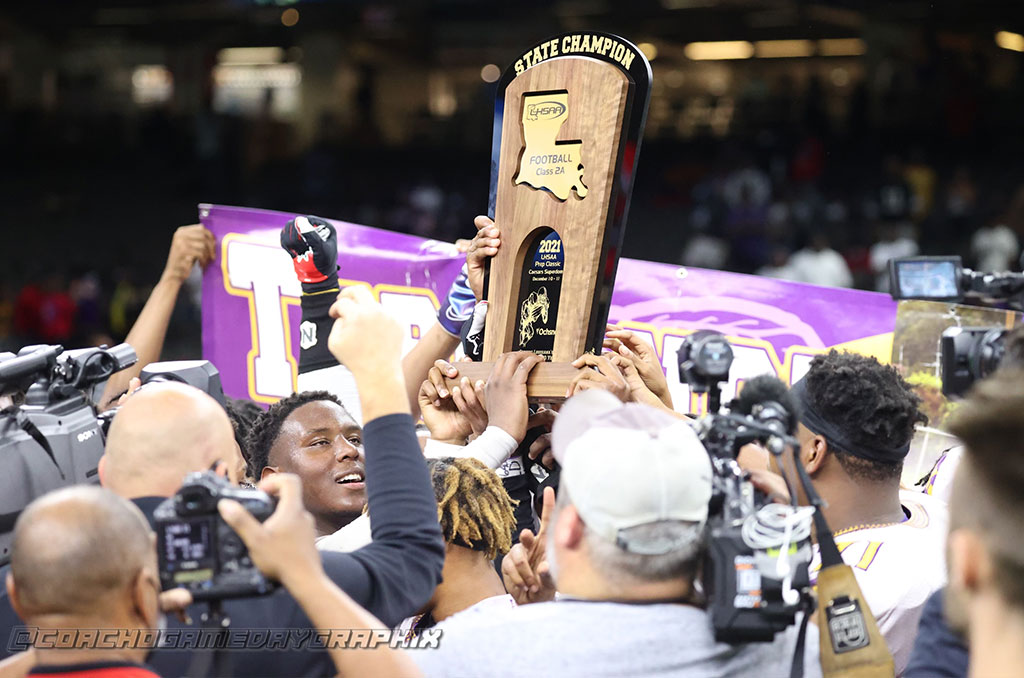 The Warriors (11-2) avenged last year’s quarterfinal loss to Many when it mattered the most as they took down the Tigers, 17-6, to claim the schools first championship win since the 2018 season.

Amite has now won six titles in its history with the first coming in 1963.

Despite leading in most of the stat columns during the first half, Many was unable to sustain a rhythm on its drive apart from an 18 play, 41 yard drive that resulted in a missed field goal.

Amite’s spectacular play on the defensive was the key in the Warriors being able to hold the explosive Many offense to its lowest point production this season.

With a 3-0 lead headed into the locker room at intermission, Amite became the first team since Ferriday in 2019 to shut out the Tigers at halftime.

Many finished the season with a 13-2 overall mark with its only other loss coming at the first of the season. The Tigers have now advanced to the Class 2A state title game for the last three seasons.

For his efforts in assisting the Warrior defense in holding Many to just six points, senior linebacker Ashton Wilson was named Most Outstanding Player. Wilson totaled a team-high 17 tackles in the game, 1.5 of which were for a loss. Quarterback Jalen Robinson was 6-of-13 in the ballgame with 109 yards passing and also had a rushing touchdown.

London Williams was named Most Outstanding Player for the Tigers following a 101 yard rushing performance that included a touchdown run in the fourth quarter. In all, Williams finished with 127 all-purpose yards in the game.

• 01:32 – AMITE | Placekicker Llam Adamson sent a 34-yard field goal sailing through the uprights to get the first points of the game and take 3-0 lead into the half.

• 06:12 – AMITE | Jalen Robinson optioned for the keeper and outran the Many Tigers around the corner into the endzone for the 21-yard touchdown. The score extended Amite’s lead to a 10-0 score.

• 09:27 – AMITE | Earl Jackson finished a seven play, 49 yard drive with a nine-yard run untouched into the endzone to give the Warriors a 17-0 lead and the eventual state title win.

• 06:30 – MANY | London Williams showed off his skills in the ballgame with a 16-yard touchdown rush to cut into the Warrior lead and give Many its first and only score of the contest.