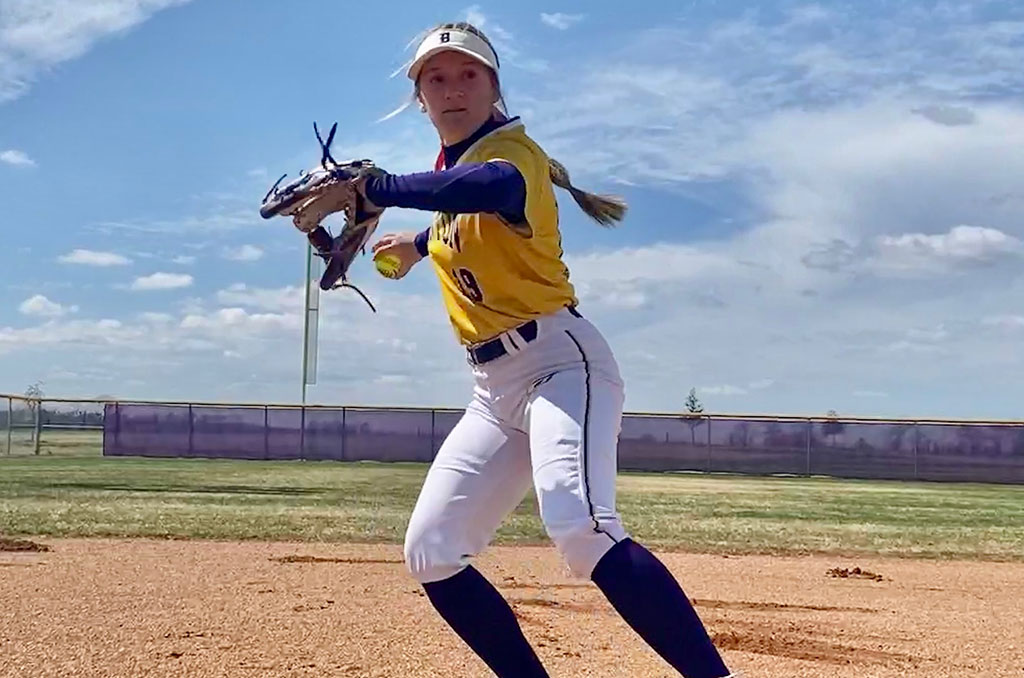 The weekly poll determined by the general public garnered over 31,000 votes. Livers collected 15,159 votes while University’s Addison Harvey finished second with over 10,645 tallies.

Livers, a junior shortstop for the Lady Tigers, had a great week at the plate, batting 10-for-17, with seven extra-base efforts that helped drive in nine runs while she plated seven of our own. Livers finished with a .667 on-base percentage with four walks while having stole four bags. Five of her extra-base hits were either a triple or a home run.

Bland went 14 innings in last week’s competitions with the following accomplishments:
Giving up 0 earned runs, with only 5 hits in 14 innings and striking out a total of 24 batters in the two competitions. Bland also hit a team-high last week of .714 going 5-for-7 at the plate.

Jaci Camadelle, Academy of Our Lady

Jaci is a freshman SS with a .770 batting average over the past week. She had 4 singles, 2 doubles, 4 home runs, 14 RBI and 2 walks. She is gaining more confidence in her ability at the plate with each at-bat.

This week, the Logansport Tigers pitcher had two great outings and was 2-0. She earned her 100th career strikeout vs. Negreet as only a sophomore. The righty had a career-high 18 strikeouts vs Negreet. She followed that performance up by striking out 15 in a win over Dunham, giving her 33 strikeouts in two games. She was also 4-8 at the plate on the week, helping her team earn 3 wins over their opponents this week.

Douglas finished the week with a .846 batting average after delivering 11 hits, including eight home runs, and driving in 17 while being walked four times. Inside the circle, she worked 25 innings and struck out 28 batters while allowing a 2.28 ERA.

Fussell was nearly untouchable inside the circle last week in helping Jewel Sumner to an undefeated outing. In three outings, the pitcher combined for 44 strikeouts through 21 innings and gave up no runs while walking only five batters.

In 2 games this week, the Cubs leadoff batter, Addison Harvey, totaled 8 plate appearances and reached base safely 5 times (.625 OBP). She was 4-6 at the plate (.667 AVG) including 3 singles, 1 home-run, 1 sacrifice fly, and 1 walk. She had 4 RBIs and scored 4 runs for the Cubs. She tallied 5 more stolen bases going 5-5, adding to her career total of 72 stolen bases. As a sophomore, Addison has never been caught stealing in 72 attempts.