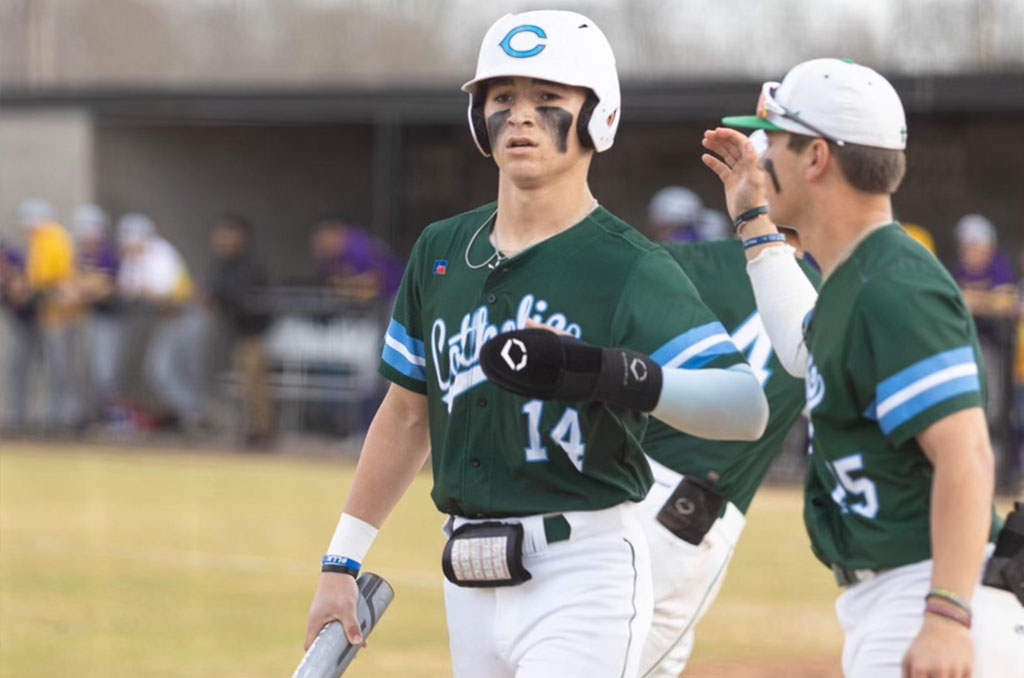 Catholic enjoyed an undefeated week with a huge showing at the Trey Altick Prep Classic as Connor Achee thrived both at the plate and on the mound. Offensively, he was 6-of-13 (.462) with a double and six RBIs. He also stole six bases. On the mound, he tossed six innings and allowed no runs to score in a winning effort against defending Division V champion Claiborne Christian. He finished the game with 10 strikeouts and only two walks.

Gormanous did it all for the Bulldogs this past week in helping them to a 4-0 mark. The pitcher/shortstop batted .583 with nine RBIs, three home runs and two doubles. On the mound, he worked 8 innings and surrendered no runs or hits and struck out 11 batters.

Hardy started in just his second career game on the bump and was exceptional, hurling a seven-inning, complete game with 12 strikeouts while surrendering no runs on just four hits.

Hill finished the week with a .778 batting average where he hit seven times, with five of those hits being extra-base efforts, and drove in a total of eight runs. He stole five bases in the process and was even the winning pitcher in a 5-4 win over Parkview Baptist where he worked one inning and struck out two batters.

Kinler played an integral part in helping French Settlement to a 4-0 mark to close out the second week of LHSAA baseball. He was 7-of-12 at the plate including four extra-base hits that helped drive in 10 runs. He hit twice against Holden and recorded five RBIs in the game.

Loque threw a complete game (6 IP) no hitter against Westlake. He walked only one batter and struck out seven during the outing. Offensively, he went 8-18 with four singles, two doubles, and two triples. He led the team with 11 RBIs.

The senior pitcher finished up the week with a great performance on the mound where he recorded a 2-0 mark with 12 innings of work with no runs given up and struck out 22 batters.