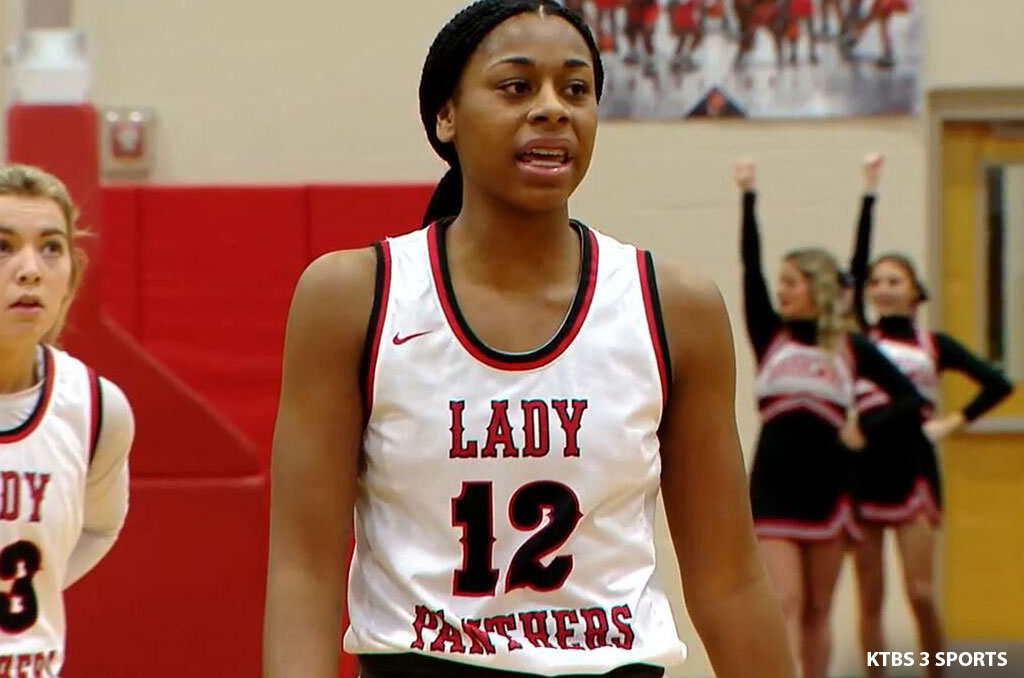 The 6-foot-1 junior guard had led the Panthers to a 33-2 record and a berth in the Class 5A state championship game at the time of her selection. Williams averaged 22.8 points, 8.0 rebounds, 3.7 assists and 2.2 steals per game through 35 games. The MVP of last year’s Under-18 3-on-3 World Cup in Hungary, where she led the United States to the gold medal, Williams is a finalist for the Naismith Award and is ranked as the nation’s No. 1 recruit in the Class of 2023 by HoopGurlz and ProspectsNation.com. She entered the state final with 1,643 points in her prep basketball career.

A member of the National Beta Club, Williams has volunteered locally at a women and children’s shelter and on behalf of Operation Christmas Child. A participant in the “Clash of the Cans” food drive, she has also donated her time by purchasing and creating Christmas cards for veteran’s homes along with fire and police departments in addition to making toiletry bags for the homeless. Williams contributes to local food banks as well, and is involved with the teen youth group at her church. “Mikaylah is a great player with a tremendous work ethic,” said Lyndzee McConathy, head coach of Airline High School. “She is one of the strongest guards I have ever witnessed at the high-school level. Her strength on the drive and ability to finish at the rim make her hard to guard.”

Williams has maintained a 4.0 GPA in the classroom. She will begin her senior year of high school this fall.

Gatorade has a long-standing history of serving athlete communities and understands how sports instill valuable lifelong skills on and off the court. Through Gatorade’s “Play it Forward” platform, Williams has the opportunity to award a $1,000 grant to a local or national organization of their choosing that helps young athletes realize the benefits of playing sports. Williams is also eligible to submit a short video explaining why the organization they chose is deserving of one of twelve $10,000 spotlight grants, which will be announced throughout the year. To date, Gatorade Player of the Year winners’ grants have totaled more than $3.5 million across more than 1,300 organizations.

To learn more about the Gatorade Player of the Year program, check out past winners or to nominate studentathletes, visit playeroftheyear.gatorade.com or follow us on social media on Facebook at
facebook.com/GatoradePOY, Instagram at instagram.com/Gatorade and Twitter at twitter.com/Gatorade.