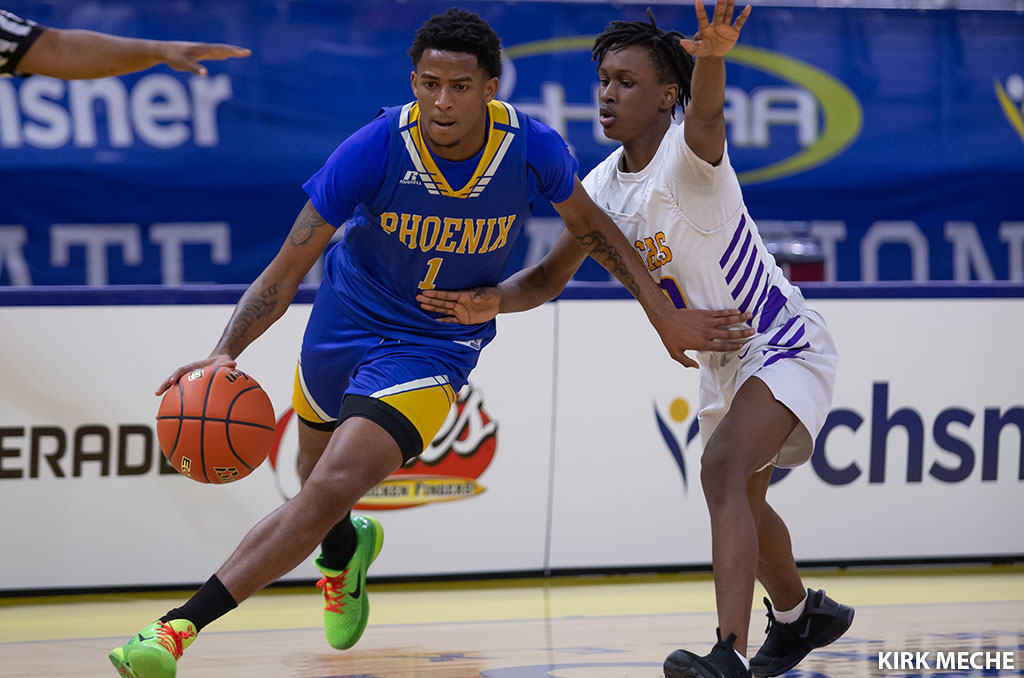 For Gibsland-Coleman, Tuesday afternoon’s semifinal win against Phoenix was a huge relief.

Gibsland-Coleman controlled the boards throughout the entire contest as Terrance James recorded a double-double with 28 points and 20 rebounds. Dontarius Coleman finished with 16 points and 14 rebounds for the double-double.

In total, the Bulldogs out-rebound Phoenix, 58-32, including a 19-9 advantage in the first quarter.

The Spartans were led by Jerrell Encalade’s 17-point effort in the game.

A Calvin boys basketball team has not played for a state championship since before World War II.

The 2022 team made history on Tuesday as the Cougars knocked off defending champion Simpson, 57-42, to advance to the Class C title game and will play Gibsland-Coleman for all the marbles.

Despite trailing early in the game, Calvin gained its composure and took over as it limited Simpson to a nine-point second quarter to take a 20-19 lead into the half.

The Broncos rallied in the third quarter to tie things up at 35-35 with eight minutes left to play.

However, the fourth belonged to the Cougars who were destined for glory as a string of Bronco turnovers led to a 19-3 run to close out the game and reserve their spot for the championship.

Joseph Adams led the game with 25 points and 10 rebounds while John Griffin added 10 points for Calvin.

For Simpson, Brayden Cutts led with 14 points and four rebounds.

At one point, it seemed as though nothing was going Zwolle’s way.

The Hawks struggled to establish a rhythm through the majority of Tuesday’s Class B semifinal game up until the last few minutes of the fourth quarter.

With an 11-point deficit staring them down and only minutes remaining, Zwolle kicked into gear, scoring 13 of the last 15 points that included back-to-back layups to take the lead and the eventual win with 1 second remaining.

Anacoco led by five headed into the fourth quarter and virtually dominated the game both in the paint and on the outside perimeter. However, a string of missed free throws towards the end of the contest hindered the Indians from maintaining their lead.

In total, Anacoco was 6-of-14 from the charity stripe with 10 missed in the final period. Zwolle shot 44% form the free-throw line but made six to close out the game.

The Indians’ Dustin Welch led the game with 16 points and 11 rebounds while Emanuel Luzardo blocked six shots on the evening. Zwolle’s Draven Meshell led his team with 11 points while Kenneth Montgomery recorded eight points and grabbed eight boards along the way.