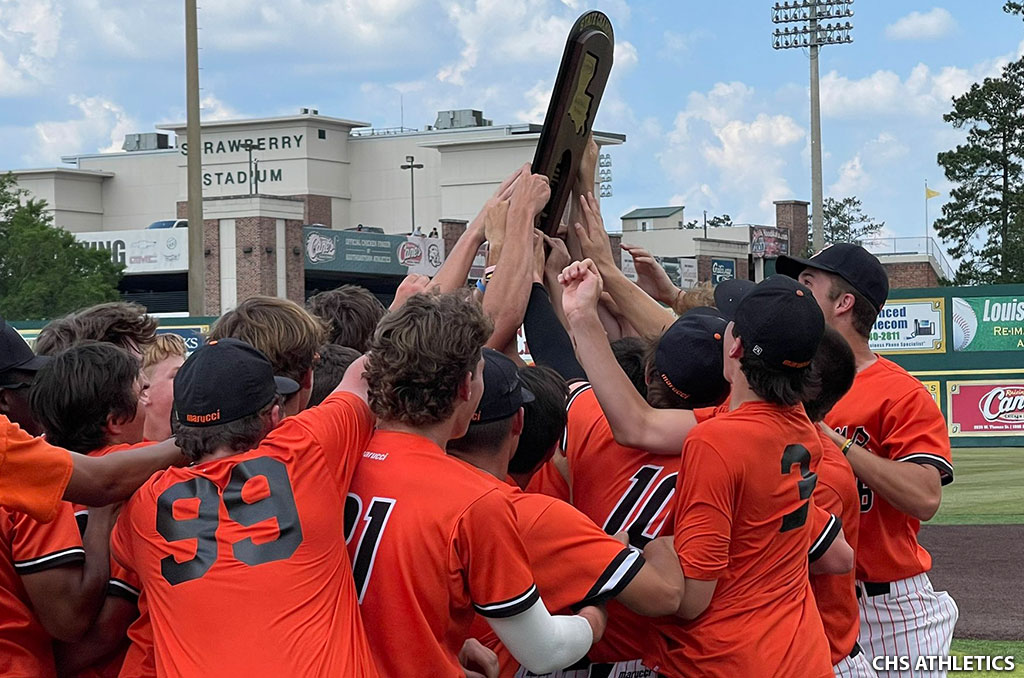 In the first game of the day, Catholic of Baton Rouge continued its success as it took down John Curtis, 4-1, for the Division I title. The Bears rallied back from being a run down early to score the next four runs on the quest for its first baseball championship since 2013.

With the game tied at one in the bottom of the sixth inning, Catholic’s Daniel Harden delivered on a double that scored two runs to give the Bears the lead and eventual win as they went up 3-1.

In the bottom of the fourth, Harden tied the ballgame up on a sacrifice fly to score. Harden finished 1-for-2 on the day with three RBI.

William Boneno picked up the win for Catholic with no hits or runs allowed in three innings of work.

Buddy Micheu scored the Patriots’ only run in the game on a hard ground single into left field. He led John Curtis with two hits on the day.

In the second game of the day, healing continued for southeast Louisiana ravaged by Hurricane Delta as Vandebilt Catholic brought home the region’s second baseball title after thwarting University Lab, 12-2, in the Division II title game. The championship was the first in Vandebilt’s baseball program history.

The Terriers scattered runs across the game to extend its lead and eventually put the game out of grabs for University. In the first inning, Eli David fired up the offense with an RBI-single while two runs were scored in the third frame following hits from Landon Rogers and Dominic Archila that drove in runs.

Vandebilt scored five runs in the fifth inning led by Diego Archila, Justin Caro, Caleb Chauvin and Owen Schexnaydre who all drove in runs. Four additional runs were plated in the sixth to put the game out of reach and to bring home the gold.

Shexnaydre earned the win for the Terriers with two runs and three hits surrendered in six innings while having struck out three. He also led the offensive effort for Vandebilt, going 4-for-4 with two RBIs.