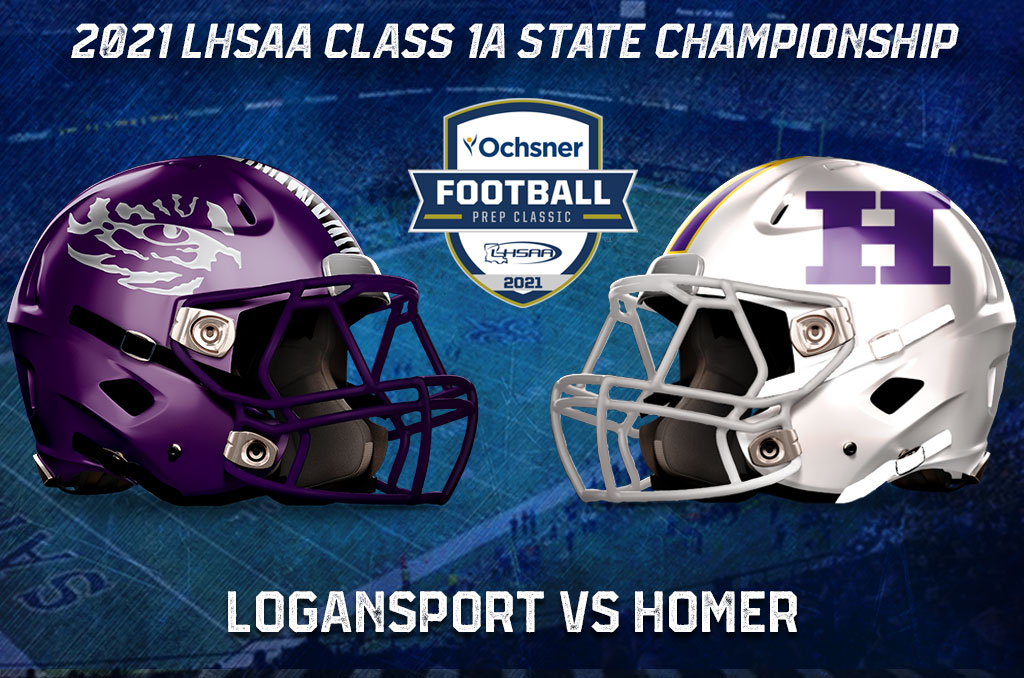 • Logansport is back in the Prep Classic for the first time since 2016 when the Tigers score 34 unanswered points to upset top-ranked Haynesville. The victory was Logansport’s second state title in school history.

• The Tigers have strung together 10 consecutive wins in their quest for championship gold after a grueling start the season. Logansport’s non-district slate included the likes of Calvary Baptist, Bossier, Jonesboro-Hodge and Loyola Prep who all combined for a 30-10 regular season mark.

• Head coach Kevin Magee has played an integral part in both of Logansport’s state title wins as both a player and coach. Magee led the Tigers to a win over Mangham as the quarterback in the 1995 championship game before leading the charge against the Golden Tornado in 2016 as the head coach.

• Logansport has become a mainstay in the Class 1A state playoffs over the last decade, including having finished no worse than the quarterfinals since 2015.

• Homer is making its first trip to the Superdome in three decades after taking down longtime rival Haynesville, 40-0, in last week’s semifinal contest.

• The Pelicans have long awaited for a chance to once again become State Champion, a title they have not had the distinction of carrying since the Great Depression. The last time that Homer won a state title was during the middle of the Great Depression back in 1939. Since then, the Claiborne Parish school has lost in its last five attempts at winning the gold.

• Richie Casey becomes the eighth different head coach to lead the Pelicans to a state title game. He has an opportunity to join E.F. Wilbanks (1928) and Preacher Roberts (1937 & 1939) has the only Homer skippers to win a state title with the school.

• If the Pelicans are successful on Saturday, they will win Claiborne Parish its 21st state title in high school football. Haynesville has won 17 state championships since 1924.