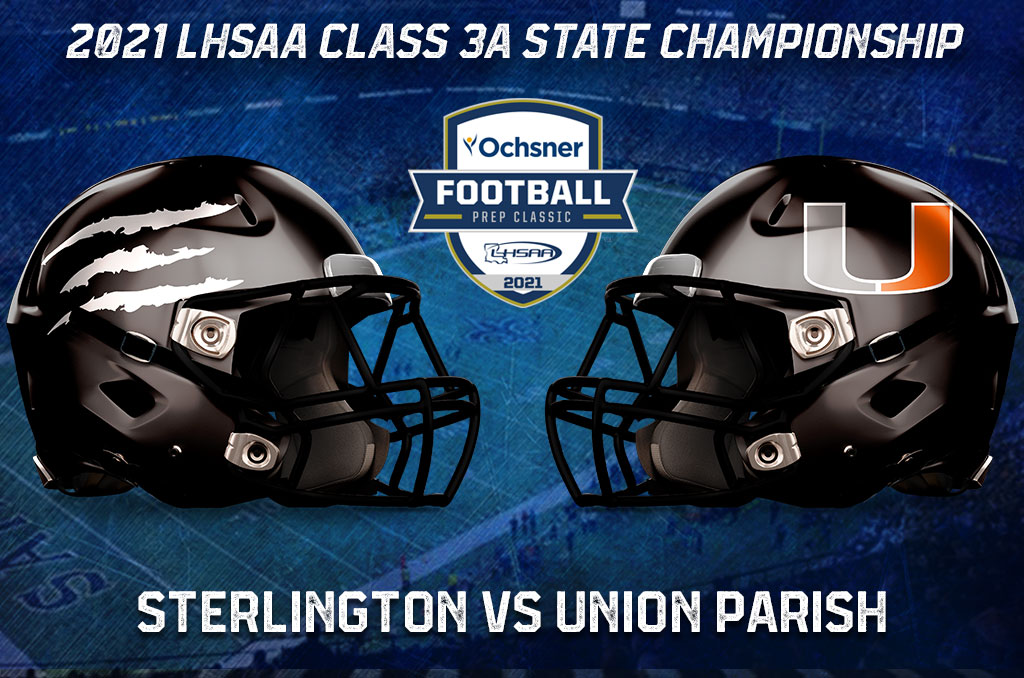 • Sterlington is just one of four schools that enter the Prep Classic with a perfect record as the Panthers have dominated all opponents in their quest for the school’s first state title since 2018.

• Head coach Lee Doty is one of 23 coaches who have had the opportunity to lead more than one football program to a state title game. Doty guided St. Mary’s of Natchitoches to an appearance in the Division IV championship game in 2015 before making the move over to Sterlington where he has led the Panthers to appearances in 2018 and 2021.

• The Panthers are averaging almost seven touchdowns per game in the postseason including a 38-0 shutout over fifth-seeded Church Point in last week’s semifinal showdown.

• Sterlington defeated Union Parish, 28-12, for the District 2-3A crown during the regular season.

• Union Parish is playing in their third Prep Classic since 2013. The Farmers scored a double overtime victory against Livonia that season to bring home the school’s second state title.

• The Farmers have dominated its opponents throughout the 2020 season having scored no fewer than 34 points in any game. They have maintained a 46 points per game scoring average.

• Union Parish sensational running back Trey Holly who has ran for a remarkable 2,451 yards and 32 touchdowns. The junior tailback currently stands at 7,647 career rushing yards and is only 1,059 away from tying the all-time career mark set by University Lab’s Nick Brosette back in 2014.