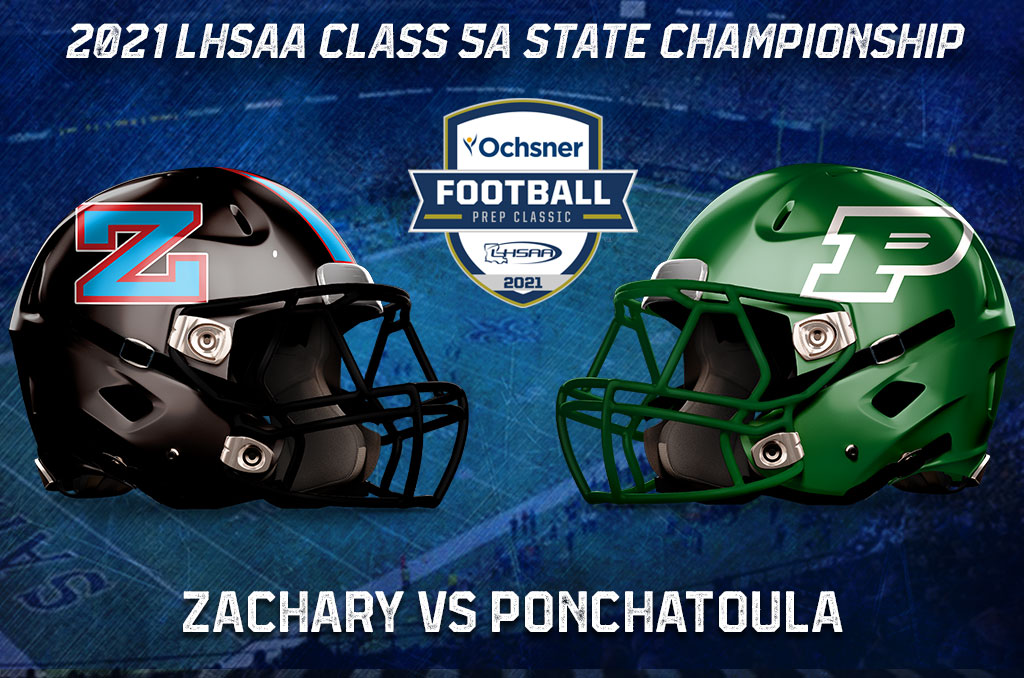 • It has been 70 years since the Ponchatoula Green Wave have had the opportunity to compete for a state championship. It has been 81 years since the Northshore area squad has enjoyed the title of champion as it prepares for its matchup with Zachary Saturday night.

• Ponchatoula is loaded with Division I talent including Louisiana’s overall No. 1 prospect, according to Rivals.com, in defensive back Jacoby Mathews. Also listed as a top recruiting prospect is Amorian Walker who is verbally committed to Notre Dame.

• The Green Wave only played eight regular season due to Hurricane Ida forcing the team to cancel their first two games. However, Ponchatoula’s defense was dominant across the next eight contests, holding opponents to just 6 points per game. They shut out their last three opponents to end the regular season.

• Zachary is back in the Class 5A state championship game for the fourth time seven years. The Broncos won in their last three trips to the Superdome highlighted by a 28-24 victory over West Monroe in 2018.

• Head coach David Brewerton is one of 23 coaches who have had the opportunity to lead more than one football program to a state title game. Brewerton guided Livonia to an appearance in the Class 3A title game in 2013 before accepting the job at Zachary where he as brought the Broncos to New Orleans four times under his leadership.

• The Broncos are led by Texas A&M commit Eli Holstein. The senior quarterback has thrown for over 3,000 yards and 27 touchdowns this season. In 283 attempts, Holstein has thrown only four interceptions.

Note: This will be the first time in over a decade that two undefeated teams have faced each other in the Class 5A title game. The last to do so were Archbishop Rummel and West Monroe back in 2009.