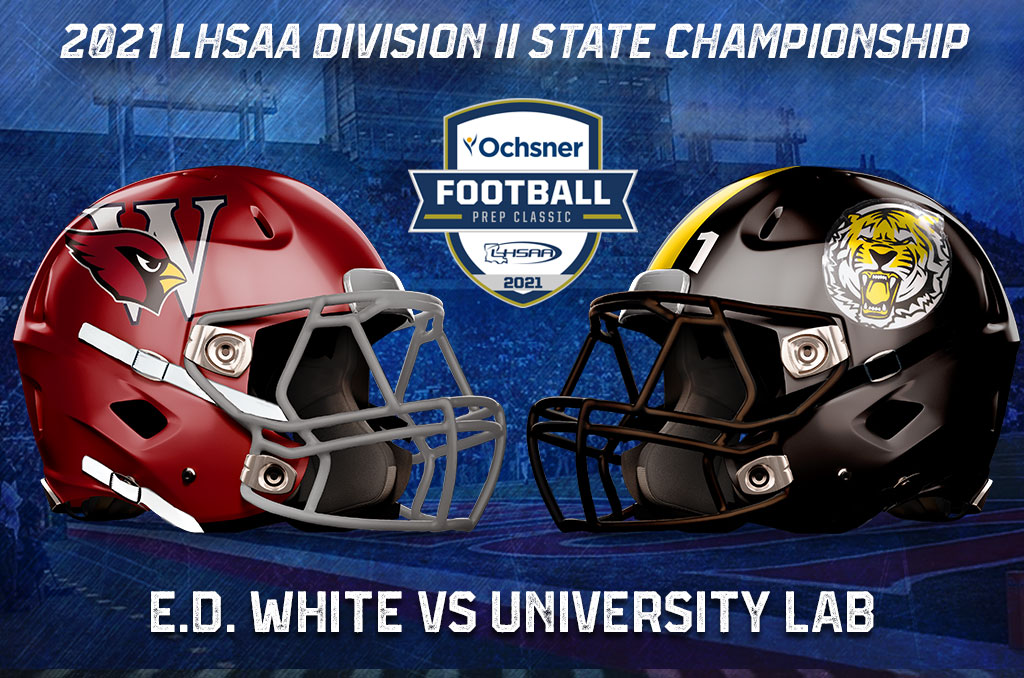 • The Cardinals are back in the state title game for the first time since 1981 and are looking to capture the gold since its last championship victory back in 1969.

• E.D. White journeyed through one of the toughest districts in Class 3A with victories over serious championship contenders such as Donaldsonville, Lutcher and St. James. The Cardinals limited district opposition to just 7 points per game.

• Head coach Kyle Lasseigne leads E.D. White to the state title in his 12th season at the helm of the program. Lasseigne had previously led the Cardinals to the state semifinals in 2009 and 2020.

• E.D. White was one of the first teams to participate in the inaugural LHSAA Prep Classic inside the Caesars Superdome in 1981.

• University Lab is set to make its 11th appearance in the state championship and its third trip in five years.

• This will be head coach Andy Martin’s first state championship appearance at the helm of the University program. Martin had previously served as a member of the coaching staff that led the Cubs to state title wins in 2014, 2017 and 2018 before assuming the role as head coach in 2019.

The last time that the Cubs played in a state title game outside the Superdome occurred back in 1974 in a 14-13 victory over Sicily Island.